You have contacted Afterglow Video!

Glenn Novak is an inquisitive adventurer, and die-hard dreamer, who fell in love with art, music, and story-telling when he was a curious kid drawing, painting, writing poems, and dreaming up crazy ideas, that someday would come into fruition.

Glenn studied painting and film, and eared a BFA at the prestigeous College for Creative Studies, and would start-up one of the very first 'video businesses' in the late 1980's, when video camcorders came on the market, making filmmaking a possibility for everyone. Glenn then would film hundreds of special events and music videos, and establishing wedding videography in the marketplace, all the while dancing on tables to pay for his tuition...

But that is whole other story.

During the 90's, Glenn would then open a successful Music Bar in the city of Detroit, with his brother and best friend, and would assist in pioneering a local music scene still prevelant today. He would also open a coffee-house art gallery, and another music bar, and became a big part of Detroit's creative community, and paving the way for the many young innovative entreprenuers, who continue to carry the torch and transform the city today.

In 2008, Glenn would go back to his roots, choosing to return to what turned him on the most, creating art and inspiring people. The digital revolution and the internet would expand Glenn's possibilities as a filmmaker and Story-teller.

Glenn's passion for film, vintage home movies and old photographs, combined with his love for family, granted him the opportunity to produce his first Video Memoir of his grandmother and large Italian Family, which he presented at a family reunion. Glenn would recieve a standing ovation and the video became a priceless heirloom.

When Glenn's father passed away in the spring of 2012, he would produce his first 'Tribute video', that friends and family would love and cherish forever. Glenn saw the want and need for this style of filmmaking, and the desire for people to tell thier story.

Each of these Legacy Films, along with Glenn's passion and curiousity for human life stories that should be told, heard, seen, and shared, would become the inspiration and foundation for Afterglow Legacy Films. 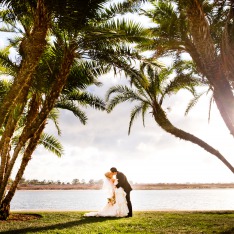