You have contacted Alta Makeup Art!

I am Los Angeles based. I have 16 years of hands on experience in the application of makeup. Most of that experienced I got working on the sales floor of Nordstrom. This was the school of hard knocks. I started with Nordstrom launching the makeup line for Anna Sui cosmetics. That was in 1999. I had done a few weddings and worked for the Body Shop as their Resident Artist and I had gone to the Makeup Institute in 1997. That was all the REAL practice I had ever had. Nordstrom was where I figured out what REAL women wanted. I was determined to give them just that and be the very best I could be. I flourished as an Artist and sales person for Tony and Tina, Hard Candy, Urban Decay and Too Faced. And I became the manager in my area booking all the big personal appearance events for these lines. I was then noticed by Chanel in 2001. This is where I really was going to learn!! I thought I knew! Going from 17-25 years olds to 40-75 year olds was a big jump! I was thrown in the deep end. Cosmetics had never been better. And we were VERY busy. I was with them for almost 7 years. I was working the wedding edge more than ever. Still not knowing what I REALLY wanted. I was doing the makeup I knew I wanted to. Just like the stuff in the magazines. But I NEED to know more about makeup. I wanted an education in it like the real pros had.

I enrolled myself at Makeup Designory in the fall of 2006. I was to take six months and learn makeup for film and television, character makeup and Special FX. I was EXCITED to go! I ended up having one of the best years of my life. I was creatively alive! I began working on small films at this time and was offered the lead artist spot for Crystal Pyramid Productions in San Diego. I was living in Burbank at the time, and like Tim Burton, I felt isolated and a bit trapped there. I decided that going back to San Diego for a short bit was the best thing to do. That way I could concentrate on my new gig with Mark and Patty at Crystal Pyramid.

During that time, I was freelancing for NARS and Chanel cosmetics at Bloomingdales as well. That’s when I got the call of a lifetime. I was ASKED to be the next National Stylist for NARS Cosmetics! I accepted and in two months I was living back in Los Angeles again. Since then I have made a switch to MAC cosmetics, to work faster and learn new techniques. I wanted to challenge myself again. I am now working with some wonderfully creative people here in LA. I’m working with fashion shows, awards shows, famous photographers and I’ve been lucky to work with big names. I was meant to be here. My heart is here. I am content. I am a very happy well rounded woman. I guess the people that know me best would say that I am easy going, nice to work with and REAL. I’ve had some women call me magical. I don’t know. I just hope that I get a chance to work with talented, creative people who believe in the power of beauty transformation. I am great at expressing my ideas through my drawings and paintings. So if you have an idea. Let me know! I can be a teacher to those who wish to know the secrets. I will be a team player towards the greater good of a project. I am meticulous. I am a professional through and through. In this business you will never know who you will work with, so be NICE TO EVERYONE and always have wipes, Advil and a first aid kit handy! That’s what I believe. 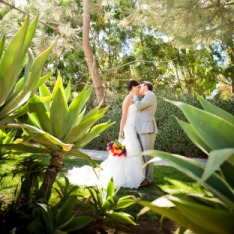