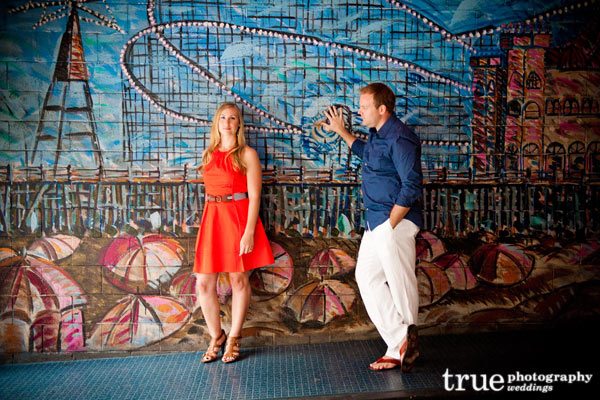 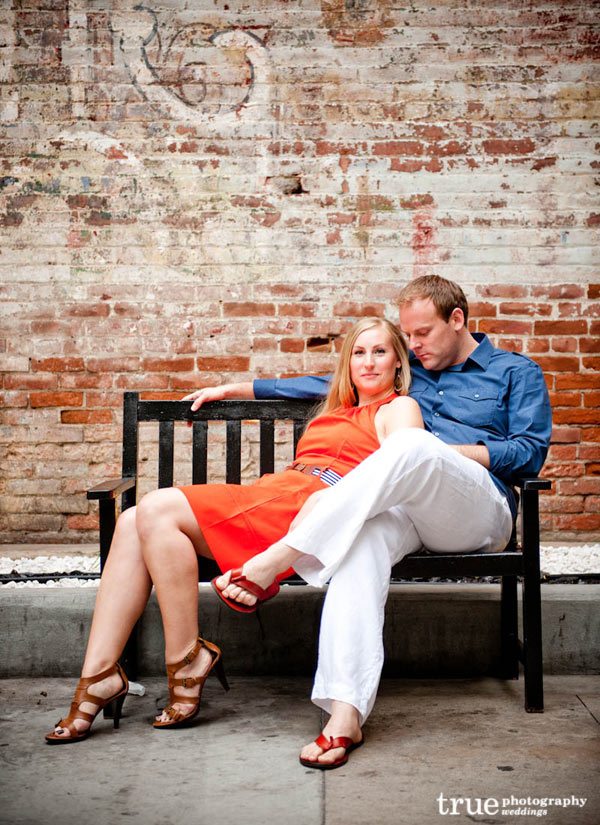 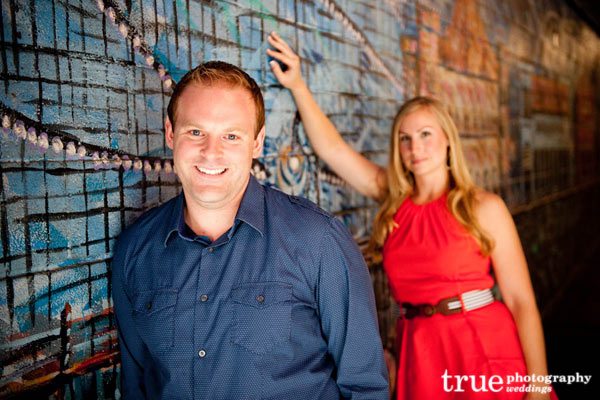 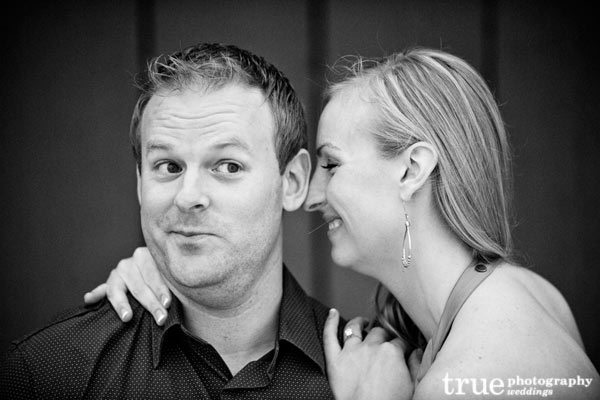 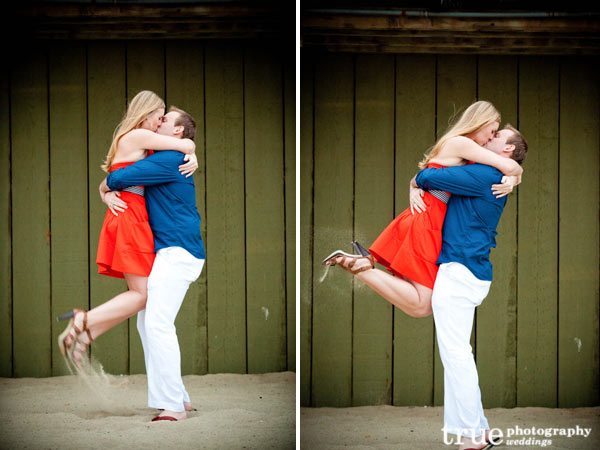 David and I met in college at Marquette University in Milwaukee, Wisconsin. Within the first year of dating we were already talking about the day we would marry. But, as I was only 19 at the time, we both knew we wanted to wait. So, it was quite a shock that David was actually able to surprise me with a proposal 11 years later. In typical David style, it was unique and very thought out. He proposed on the beach at the Santa Monica pier using a photo booth strip where in each picture he held signs reading “will”, “you”, “marry”, “me?”!

To be as thorough as possible we researched over 200 photographers’ websites, blogs, and reviews from Los Angeles, Orange County, and San Diego. True Photography was a clear front runner based on their artistry, quality, and consistency. After meeting Aaron in person, we were sold.

For our engagement photos, we wanted to go back to the site of the proposal at the Santa Monica pier. We were paired with Michael as our shooter who was very accommodating to make the trek from San Diego to Santa Monica on a week night. Though I was very nervous, Michael was great to work with and put us right at ease. He gave us great direction while allowing our own personalities to show through. We’ve been thrilled by the response from family and friends regarding our engagement pictures and can’t wait for Michael to shoot our wedding come April! 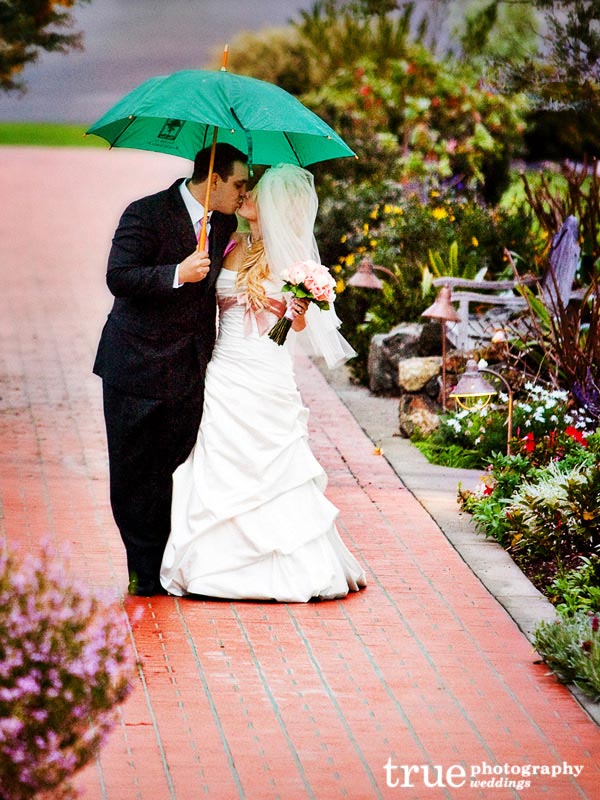 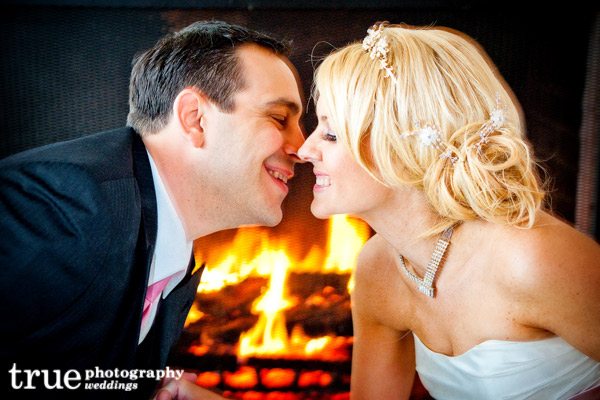 From our bride, Wren:

Our Story: Scott was playing college baseball when a mutual friend of theirs on the Softball team introduced him to me. There was instant chemistry and we have been together ever since. That was in 2001! After graduating from UCSB, both Scott and I returned to Los Angeles to begin our careers. Scott, an avid sports fan, is an Associate Producer for Fox Sports Net. I worked for several years as Business Analyst and Project Manager before moving into Event Planning. Scott proposed to me on my 26th birthday. While opening birthday gifts, he slipped the ring box in the bottom of a new pair of Uggs. When I couldn’t get my foot into the Ugg, I reached into the boot and pulled out a ring box – to only look up and see Scott on one knee.

Since Scott and I both live in Los Angeles, it wasn’t always easy planning a wedding down South, especially when it came to finding the best vendors! After talking – and meeting – with several photographers in the San Diego area, both my Mom and I spoke with Aaron at True Photography. Aaron won us both over! He was so nice, yet very easy to talk to and never pushy. He accommodated all of our needs, and was always available to answer questions. Our photographer Michael even arranged our Engagement shoot over the Christmas/New Year holiday! The wedding was amazing, the shots that Michael and Janice captured are unbelievable! Could not have asked for more! Scott and I feel so lucky that we had such wonderful Vendors, we had a perfect day!