You have contacted Brent Curtis!

Born in the traditional, if traditionally obscure fashion, Misdirection front man Brent Curtis’ musical interests, and talents, have progressed well beyond blowing out amps in the family garage. Following are presentative rock-star path, Brent’s initial foray was a punk project influenced by Blink 182, Green Day and many of the high-energy, extreme-volume bands of the day.

Gradually, Brent developed and aptitude for melody, harmony and discernible lyrics, and Misdirection evolved into something a little more adult than alternative. In 2007 the group released their debut album,“Just Go”, an acoustic assortment featuring Brent’s instrumental skill and evocative, stick-in-your head lyrical style. A video for the title track, “just go”, won ‘Best Music Video’ at the 2006 San Diego Film Festival, and The Grand Festival Award for Music Videos at the Berkeley Film Festival.

Brent writes and sings about the human experience. Not the experience of people separated from the rest of us by income brackets and security guards, but that of real people. People who want to listen to someone with an incredible voice sing, “She’s Always Mad At Me”; songs about our lives, about our own dubious social interactions.

Brent conveys his love for the craft in every story he weaves, nurtures and delivers. Clever lyrics and song titles augment a wealth of pure talent and genuine understanding of and appreciation for music. Brent maintains the same passion that drove him to pick up his first guitar, if he is perhaps a bit less compelled to smash it into kindling. 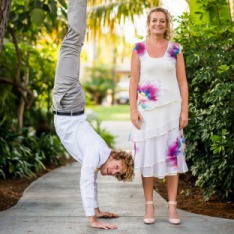