Charm City Cakes was founded in Baltimore on March 3, 2002 when Chef Duff Goldman discovered the time demands from his day job in the kitchen weren’t allowing him the freedom to try his hand at a new career: playing bass as a working musician in a rock band.

Soon enough he found that while music was fun, it wasn’t paying the bills, so Duff decided to start making cakes out of his apartment as a way to fund his rock n’ roll ambitions. While surprising to some, this wasn’t such an odd move, as Duff had been cooking professionally since the age of fourteen, had been a working chef, baker, and pastry chef since 1994, and continued on to graduate from the Culinary Institute of America, Napa, in 1998.

He was well trained in baking, pastry, and even metal sculpting, and there also may or may not be certain police logs which peg Duff as a graffiti artist of note. It wasn’t long before these seemingly incongruous talents merged and something really cool happened: Duff began creating cakes which pushed the boundaries of what a cake could be.

Soon after starting Charm City Cakes, Duff was reunited with a friend from college, Geof Manthorne, who was working as a model builder for an architecture firm in Maryland. Geof also wanted to pursue a music career, and was looking for a job that would offer a little more flexibility. To Duff it was clear the stars were aligning: Geof’s talents as an exacting engineer and patient sculptor of complex objects were a perfect compliment for his own more immediate, from-the-hip, unconventional style of cake decorating.

The decorative styles of the combined Duff and Geof team attracted a lot of orders – and quickly- which ramped up the need for more help. They quickly turned to their extended group of friends who all had one thing in common: a love and a passion for art and creativity. Soon Charm City Cakes would expand into a group of artists who individually are amazing, but as a collective grew to become unparalleled in the art and craft of cake decorating.

As the orders and attention increased, it wasn’t long before Duff and the shop caught the eye of Food Network, which took a chance with a docu-soap series called Ace of Cakes. A hit after their first airing, Ace of Cakes would continue to run on the network for 10 seasons as it captured the workplace fun of Duff and the staff, all while shining a spotlight on the world of cake decorating.

Charm City Cakes is known for outlandish designs, inspired and delicious cakes, yummy flavors, and be it a birthday, bar-mitzvah, wedding, or movie premiere, a constant commitment to making clients’ wishes come to fruition. The cakes emerge from a working culture where the community is one of mutual respect, and where the loftiest goals are fun, joy, silliness, laughter, and a continued focus on creating cakes that make people smile.

Having the bakery featured on the Food Network for ten seasons created a demand for Charm City Cakes’ creations nationwide. Duff found himself making use of planes, trains, and automobiles to meet the wishes of his growing client base everywhere from Wichita to Los Angeles. It was becoming readily apparent that a West Coast based shop would not only give him the freedom to serve his existing clients with greater efficiency, but also allow him to make new friends and clients along the way. With a short break in between the filming of Ace of Cakes, and his new show, Sugar High, Duff had a small window to make a big move. In the Spring of 2011, Duff packed up the combined talent and knowledge gained in over 10 years in business by the entire crew of Charm City Cakes, loaded up his trucks, and headed towards Los Angeles to open up the left coast expansion: Charm City Cakes West. 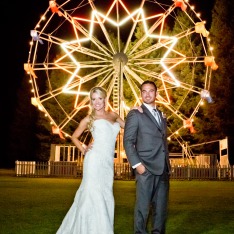