You have contacted Chuck Wansley!

Bandleader and vocalist Chuck Wansley, for years known as 'The Wedding Singer’ in Los Angeles, is one of today’s premier performers. A native New Yorker and lifelong musician, Chuck started his career at 18, touring as drummer and singer with the international youth group Up With People, promoting their global mission of peace through music, representing their countries as ambassadors of goodwill.

After several years on the road Chuck returned stateside and pursued music and college with equal zeal – but in the end music won. While living in Boston he joined one of the top regional bands - Match, working non-stop on original tunes and record deals, opening for acts including Earth, Wind & Fire, Chic and Tavares.

Chuck headed back to NYC in pursuit of a solo career, where he found success as singer, drummer and dancer with brilliant performance artists such as Tomek Lamprecht of Model Citizens fame, auditioning for Broadway shows, working studio sessions, backing up acts from Martha Reeves to Mary Wells, Will Downing and Phyllis Hyman at great NY joints like The Bitter End, CBGB and Danceteria.

He became a founding member of Warp-9, one of the first electro-hip hop bands of the 80’s and a huge dance club favorite, with sold-out performances at Bond International and the Palladium. Hits included Nunk, Beatwave, Light Years Away (all on Prism) and No Man Is An Island (Motown), all produced by Jellybean Benitez and written by NYC creatives Lottie Golden & Richard Scher.

Moving to Los Angeles Chuck established himself as a top vocalist on R&B sessions and club dates, filling rooms to capacity. After a chance meeting with a top booking agency Chuck’s sophistication and exceptional vocal styling landed him in the spotlight as the 'go-to guy' for high end weddings and corporate events, with a long list of celebrity fans and a band full of industry heavyweights including Reggie McBride, Mindy Abair and Eric Marienthal.

After a lifetime in music honing his skills as bandleader and vocalist, Chuck’s latest obsession is leading a fantastic swinging big band in the style of the old masters - but with a twist. His brand of neo-Big Band infuses the classics with a touch of soul, as he refurbishes the great American standards with the help of a hot roster of the best horns in the country.

Possessing a voice of great agility, Chuck infuses his music with warmth and wit. He tours extensively, performing frequently in Japan. He performs in the U.S. at jazz festivals, jazz clubs, performing art centers, and with university jazz bands where he conducts clinics on Showmanship & Music, sharing the values of dedication to your craft, perseverance in your dreams, and honoring great American music. 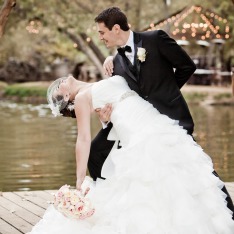