The David Rohr Floral Studio is a full-service custom event florist, specializing in Weddings and other special life events. Our lead designer and co-owner is Dave Rohr. Dave is a third-generation florist with a distinguished reputation on both coasts for both design and customer service.

Dave grew up in New Mexico and moved to the Washington, D.C. area after graduation. There he worked as a floral troubleshooter for a large floral retailer before becoming co-owner of Herndon Florist in Herndon, Virginia. It was there that he had the opportunity to do corporate events for the Wolftrap Foundation and Steve Case of America Online. He also was responsible for such events as the opening of the American Encounters exhibition at the Smithsonian, the National Museum of American History. He was also flown to London to assist in the design and construction of the grand opening of the Chelsea Flower Show.

After moving to California in 1999, he opened Lamorinda Florist in Lafayette, California, an eastern suburb of San Francisco. In 2003, he moved to the desert and opened Desert Floral Importers, establishing a base for what has become The David Rohr Floral Studio. The desert and the wonderful couples he has worked with here have challenged and inspired him to create beautiful traditional weddings, avant garde designs, and fun, quirky designs — but always with good, solid design fundamentals and excellent construction, so those designs can be delivered and enjoyed as intended. In October of 2008, Dave tackled a special challenge, designing a fifteen-foot-wide floral display for his own wedding. He liked the result, but will tell you that the client was very demanding.

Dave loves flowers, and loves making beautiful bouquets and arrangements that express the personalities of the couple being married. It doesn't matter whether the event is large and grand or small and intimate, the flowers should be about YOU. That's what Dave believes, and that what so many of his brides and grooms have appreciated about him. 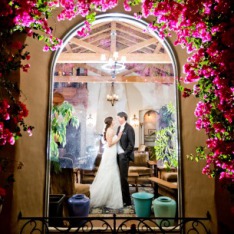 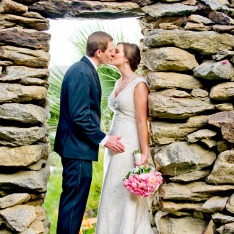