More about Flowers by JR

About Flowers by JR

Our principal designer, JR Nocon AIFD CFD, has designed flowers for Hollywood studios and celebrities. He enjoys a world-renowned reputation as one of America's top ranking designers after winning the much-coveted 1992 FTD America's Cup ("the American Florists Olympic Games") and the only winning USA contender to the prestigious 1993 Stockholm Interflora World Cup, where he earned an unmatched 3rd highest rank overall, a historical position in the world arena for the United States. These achievements are recognized as a beacon of hope and inspiration for aspiring designers by the Florist Transworld Delivery Association (FTDA) with its naming of their annual designer competition as the "JR Nocon Cup" since 1994. He received commendations and public recognitions from trade associations, foreign governments, mainstream newspaper editorials and TV and radio newcasts, international cable television network and the International Olympic Committee. He is a certified floral designer and fully accredited member of the American Institute of Floral Designers (AIFD) since 1984.

Established in 1986, Flowers by JR is a Full-Service retail and corporate events florist serving San Diego County, Temecula/Murrieta, Orange and Los Angeles Counties. Local and countywide delivery service is available upon request. We offer national and international delivery through FTD and Teleflora wire services. Appointments are encouraged for wedding and special events consultations. 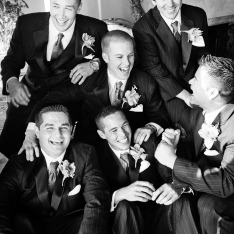