You have contacted George Svoboda!

Guitarist George Svoboda was praised by San Diego Tribune staff writer Bob Corbett as “a first-class musician, top-drawer stuff . . . his fingers seem to fly effortlessly across the guitar strings. The music that results is full of life. It’s happy.” First place winner in the Guitar Competition of the City of Kromeriz, Czechoslovakia Mr. Svoboda has been heard in recital in his native Czechoslovakia as well as England, Germany, Spain, Hungary, Austria, Mexico, Far East, Canada and the United States.

Mr. Svoboda has gained recognition not only as an immaculate and entertaining performer, but also as a composer and arranger of music for solo guitar, small ensembles and full orchestra. His music is rooted in the folk traditions of Eastern Europe and his transcriptions have won him consistent praise from musicians and critics alike. As a co-founder of the Benedetti/Svoboda Guitar Duo and member of the well-known Second Avenue Klezmer Ensemble, he has performed throughout the US, Canada, Taiwan, Hawaiian Islands, Mexico and Europe. Mr. Svoboda has performed for President and Mrs. Clinton at the world-renowned Hotel Del Coronado. He co-wrote and performed music for the Old Globe's production of Much Ado About Nothing under the direction of Tony award winning director, Jack O'Brien. He has also performed with the San Diego Symphony, San Diego Ballet, Young Artists Symphony and San Diego Opera. In September 2006, Mr. Svoboda performed in a star-studded world premiere of Primal Twang: The Legacy of the Guitar — the first definitive theatrical journey through the guitar’s colorful 3500-year history.

Mr. Svoboda has been performing and recording for nearly thirty-five years. His compact discs, entitled Scirocco-Desert Wind, Zephyr, Maestrale, Gypsy Road, Fiesta Gitana, Solano and Wind and Sea were recorded between 1994 and 2011 with guitarist Fred Benedetti on the SBE label and features classical, original, flamenco and East European music. In 2014 Mr. Svoboda also recorded a solo album entitled Five Baroque Suites by Dietrich Stoeffken. His other three compact discs, entitled Flamenco Dreams, Spanish Gardens and Echoes of Spain were recorded also with Fred Benedetti on DOMO Music Group, Inc label and released worldwide in 1998, 1999 and 2002. Mr. Svoboda has also been actively involved in teaching for over twenty-five years. In his native Czechoslovakia he taught guitar and music theory in Public Schools of Art and since arriving in the U.S., he has taught in the San Diego City Schools as an Artist in Residence, as Professor at Mesa College and as a guitar instructor at San Diego State University. He also published successful instructional books on guitar technique including a book of Rhythmic Exercises. 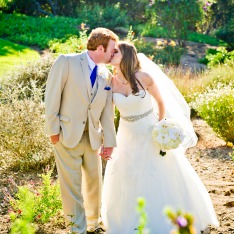 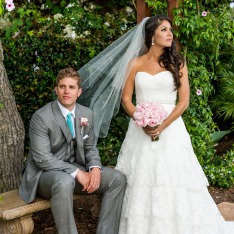 The Dana on Mission Bay