We are a happily married couple with four dogs, and just had the arrival of our first baby on May 15th, 2013! Our wedding was one of the best days of our lives, but it was a complete whirlwind! We are so thankful that we have the memories of our special day forever caputured on film and photos. What we love the most about filming is the creativity and emotion that can only be expressed through the images and sounds of film. You'll always remember your wedding day, but capturing it on film will allow you to experience the joy you felt on that fairytale day for years to come!

Jeffrey graduated from San Diego State University with a degree in Communications (Advertising). He has been filming since he was 14 years old. For over the past decade, he has been working in the Football industry recruiting High School and Junior College players to play at the next level in College. Being based in Southern California, he was able to see the early talent of players such as Arian Foster, Reggie Bush, Matt Barkley, amongst countless others. He has also done extensive work with ESPN, Scout.com, Rivals.com and 24/7. He loves sushi, buffalo wings, Seinfeld and is a huge Cincinnati Bengals fan.

Kristen graduated from Cal State University San Marcos with a degree in Communications and is currently working on her Master's degree from Liberty University in Business Management and Leadership. For the past 9 years, she has been working for North Coast Church as a Junior High Director. She loves weiner dogs, bacon, the TV show Arrested Development, sushi and chocolate.

In April 2013, we were excited to win an award at Santa Anita Park's Film Festival for our short film "Mossy." This film (in addition to others we have done) is viewable on this site. We hope you enjoy! 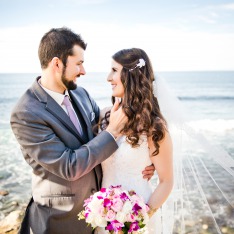 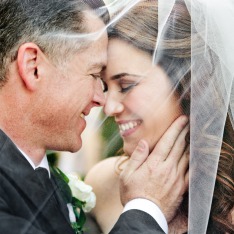