You have contacted Kinnie Dye!

Born and raised in Oklahoma, you can’t help but hear and feel Kinnie’s roots in her voice and music. She’s a country girl at heart, but couldn’t wait to grow up and get out to see the world. After graduating with her Bachelor’s in Musical Theater from Oklahoma City University, she moved to New York City where she immediately started touring the country with Broadway shows. She absolutely loved traveling the country, but the theater life never sat right with her. She left the life of touring and theater after 5 years, having done 4 national tours and visiting 48 states.

Kinnie went in a completely different direction with her life and started teaching for Imagine Swimming, a prominent swim school in NYC. She helped to write their Baby Swim program that utilized song to comfort young infants in the water. When she wasn’t teaching, she was singing backup vocals and gently ‘managing’ a friend’s band. Over the years she gradually taught less and less and was doing more and more for the band. At the end of 2010, she taught her final classes and once again found herself pursuing music full-time. She and her friends purchased a van off of Craigslist and decided to travel and sing their way across the country to San Diego. The majority of 2011 she was living in a van with her two bandmates and busking. They met a lot of people and sang a lot of songs. Through the kindness of strangers and their beautiful harmonies they managed to start new lives on the west coast.

After 5 years with the band, Kinnie decided it was time to venture out on her own. Since leaving the band in January 2016, Kinnie has done big things. Her first full-length album, LIVE, was recorded in Encinitas at UNIV. In just three days, she and some of the best players in San Diego, laid down 12 tracks – all live takes. It was an exciting and new experience for Kinnie to create a completely live album. There was no “studio magic,” no “cut & paste.” The take was great and used, or it wasn’t. Simple, easy, old-school. She wanted her voice and the songs to speak for themselves. They were also able to record some older cover songs to share the depth and range of her vocal stylings. 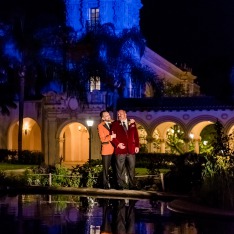