You have contacted Marisol Makeup!

A native of Santa Fe, New Mexico, Marisol Garcia grew-up with a keen interest in the Arts before moving to Southern California to pursue her passion for Make-Up Artistry. As an inspired professional Make-Up Artist for the past 14 years, Marisol has brought her trademark make-up artistry of classic, contemporary and cutting-edge techniques to clients and colleagues alike. Having represented major cosmetic companies such as M.A.C. and Benefit Cosmetics as an advisor and ambassador respectively over the years, Marisol’s noteworthy professionalism and reliability coupled with her expert eye for color, form and palette, consistently keep her in high demand in commercial, film, music video, print and runway fashion show circuits.

While continuing to bring her highly sought-after make-up skills annually to the runways of New York, Milan & Paris Fashion Week shows for such notable designers as Monique Lhuillier, Prabal Gurung, Versace, Donna Karan and Carolina Herrera along side such make-up luminaries as Val Garland, Tom Pecheux, Pat McGrath, Charlotte Tilbury and Diane Kendall to name but a few, Marisol remains highly regarded and esteemed by her peers for her fast, efficient, beautifully seamless make-up applications.

In further having contributed her editorial make-up talents for Vogue UK, Allure, Elle UK and Teen Vogue working along side photographers such as Alasdair McLellan, Terry Tsiolis and Craig McDean to name a few, Marisol has also had the pleasure of working on film, commercial and music video projects with such directors as Steven Klein, Theo Davies, Maya Washington and James Adolophis.

With a loyal clientele and the philosophy; “I see and use the face as a canvas to be able to create limitless beauty through the artistry of make-up”, from concept-to-completion, Marisol continues to deliver memorable and praiseworthy results. 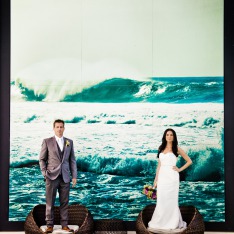