Marc is a musican of great subtlety and diversity, his sound forged as much by top-notch schooling as by his broad listening tastes.

Marc got his BA in Music from UC Berkeley where he studied classical guitar with the great Lawrence Ferarra. He also studied privately with world famous guitarists Ted Greene and Peppino D'Agostino.

Meanwhile, Marc was listening to the funky, rolling bass lines of John Paul Jones and James Jamerson and thought to himself, "I want to do that too!" and added bass into his practice time.

He played bass for SF Bay Area jazz combos Clockwinder and Tangria before embarking on a US Tour with the Berklee-borne rock band A'tris. Later on, he added to his nuts-and-bolts understanding of the instrument by attending LA Music Academy, studying under Jerry Watts, Andre Berry, Philip Bynoe, Mark Browne, and other bass luminaries.

He can currently be seen rocking the f**k out with the world's first indie rock jukebox band the Black Crystal Wolf Kids, or classing up the joint on Sundays and Mondays at The Varnish where he's the house upright bass player.

He's also finishing up an album with his favorite band, The Sexies -- whose sound is an insanely danceable blend of British Mod, Stax-Volt funk, and Bubblegum.

Marc is also a gifted soundtrack composer. His work has been heard at film festivals all over the country, including SXSW and Tribeca. 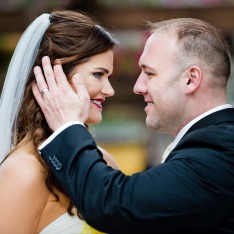