You have contacted Noor Che'Ree!

Noor Che'Ree was born into a mutli-cultural family in Gainesville, FL. Growing up into a Malaysian/Venezuelan/Polish musical family, he was introduced to many unique ethnic influences through his musical uprbringing which also included the environment his successful musician parents have surrounded him with.

Noor begun his musical journey through latin percussion and traditional Venezuelan folk songs he and his mother used to perform. Then thereafter, he was invited to join the Gainesville Youth Chorus, and stayed a member for 5 years. Some performances included St. Peter's Basilica, Vatican City, Florence, Venice, Austria, the Vienna Boys Choir and Pope John Paul II in 2002. During that period Noor found passion in studying Tenor and Alto Saxohpone, and Latin Percussion throughout his primary and secondary education. But soon found a deep burning love for learning many different instruments such as: Guitar, Bass, Piano, tribal instruments and Composing/Arranging. Through his secondary education, he was employed by Seresta and Gosia and Ali, whom performed for many private corporations, weddings, concerts and award-winning restaurants.

In 2007, upon completing his high school diploma and entrepneurship certificate, Noor was one of four students in the nation awarded the National Band Association Jazz Student Award. Not long after, Noor Che'Ree won the Fine Arts Scholarship to Santa Fe College as the only instrumentalist focusing on Jazz Studies/Saxophone. At this time, he was honored to perform with Tyler Burchfield, Gary Thomas, Duffy Jackson, Gary Langford, Scott Wilson, and many more. 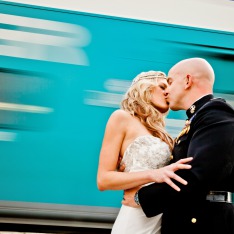