A WEDDING, as the saying goes, is the beginning of a new life. But for Paul and Kristine Korver, it was also the start of a novel business. Soon after they married, they founded Fifty Foot Films, a Hollywood-based company that is dedicated to fixing major life events on film - a medium that many videographers regard as too risky, sensitive and pricey to be profitable.
In the last four years, the company's films have captured some high-profile unions, including the pop star Christina Aguilera's to the producer Jordan Bratman; the baseball player Mike Piazza's to the former Playboy playmate Alicia Rickter; and the actress Mariska Hargitay's to a fellow "Law and Order: Special Victims Unit" actor, Peter Hermann.
The Fifty Foot story began in 2001, when Mr. Korver, an out-of-work actor who had been making films as a hobby since childhood, was asked to shoot the wedding of a friend, the actress Marley Shelton. Later, while watching the footage, he said, "I thought in my mind this would probably be amazing set to music and edited." He decided to have his wedding preserved the same way.
Although Mr. Korver had no trouble finding wedding videographers, he couldn't find anyone equipped to record his event on film. "That's when I started thinking this could be a business," he said. Mr. Korver and his wife eventually persuaded a struggling director friend to shoot their wedding. After their honeymoon, they began refining the idea. The concept they settled on was to make real movies of weddings, filming with vintage cameras and carrying out postproduction with the same digital techniques as a modern movie studio. Not only was film a more flattering medium than video, they reasoned, but it also had better heirloom potential: properly preserved, film stock can last decades longer than video. 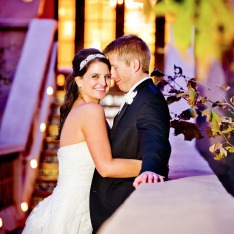 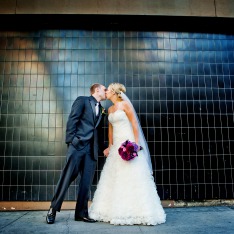