You have contacted Pastor Scott Mitchell!

Pastor Scott was born in the East Bay town of Walnut Creek, California, and raised in nearby Concord, where his faith in Christ was nurtured at First Presbyterian Church. It was at First Pres during high school that Scott gave his life to Christ and began to feel the initial stirrings of a “Call” to ministry. After graduating in 1979 with a bachelor’s degree in English from University of California, Berkeley, Scott worked as a carpenter, ran a woodstove shop in Santa Rosa, then entered Princeton Theological Seminary, from where he graduated in 1983 with a Master of Divinity degree.

Scott’s first call was to La Jolla Presbyterian Church, where he served as Youth Pastor. Since then, he has served several churches, including the Presbyterian Church of Big Bear and the Korean Presbyterian Church in San Diego. Beginning in 2004, Scott has worked as an Interim Pastor, first at Northminster Presbyterian, then at Tierrasanta Lutheran, and finally, at The Village Church. Scott’s areas of ministry at The Village Church include Family Ministries (Nursery School, Children’s, Youth and Family), as well as Fellowship and Membership. In particular, he loves to hear the stories of newfound faith when young people return home from camp. 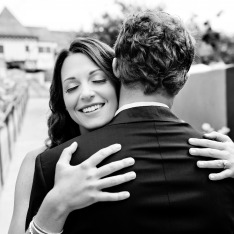