You have contacted Pau Hana Music!

PAU HANA (POW-HA-NAH) In the Hawaiian language means: WORK IS DONE! but if you're like us it also means..."TIME TO PLAY"!!!! PAU HANA BAND was founded by Shannon Kaopua in 1992. Very soon after he relocated in sunny San Diego' California and continued the "Pau Hana" spirit with uke in hand. There he met friends Pete, Tina, Hagoth, Nela, Na'a, Paul and others creating the ground breaking album "Return With Honor". "Nani's Song", "Wake Up My Darling" and "Island Girls" were some of the memorable tunes contained on this cd. Not only did the album spark up Pau Hana's first South Pacific Rim Tour in 1998 but also inspired a whole new generation of ukulele enthusiasts because of the '3 chord' easy struming style found on the collection. Before leaving on tour to Hawaii, Guam, Saipan and Palau, Shannon and freinds decided to recruit one more person...John Solomon of SD...the team was complete and off they went!!! A couple years later, after some bandmates moved on, creative juices ever flowing bubbled up "Altered Natives". An experiment in diversity and direction thru adversity which produced 'heart-string pullers" like "Fade Away", "Breathe", "Share" and "Mr. Wolf". Off they went one their next tour to Kauai, Kona, Honolulu, Guam and Saipan. At this point PAU HANA performances could be seen up and down California, Portland, Seatle, Las Vegas and Utah with much more in store! Two years passed, more bandmates having gone seperate ways laid the uphill climb to continue on the shoulders on Shannon and now turned 'front man' John Solomon...the only two troopers left to carry on the Pau Hana movement. John sought out help from Pacific Beach band 'Shine Eye Souljahs' with Dave Mico, TC Corrente, Bob Swiegart, George Slater and Mark Roberti who then created the critically acclaimed album "ISLAND LION". This home-style recorded album proved once again that the Pau Hana Spirit was much 'alive and kickin' full of Pau Hana Party vibes coming from "Party Going On", "Loosing control", "Island Lion" and "In The Mood". Soon after, Pau Hana was right back in Guam, Hawaii and throughout the continental U.S. performing their latest and past greatest! Pau Hana has shared the stage with awesome artists such as Lucky Dube, Freddy McGregor, Steel Pulse, Big Mountain, Pato Banton, Fiji, Natural Vibes, Ekolu, Three Plus, Katchafire and many more!!! Today, PAU HANA is still Shannon Kaopua's passion driven by John Solomon's unending faith in God and to share His gifts and talents. Many great people have been part of PAU HANA. They will never be forgotten and are always welcome. Their contributions to the PAU HANA movement are etched in Island Music history...we have nothing but love for them!! PAU HANA has always been more than a BAND, it's about music and the people... those willing to carry on the Pau Hana positive message to "never give in or give up thru trials and tribulations". So if you ever want to come jam out and relax just hit us up, we get together every week! As always, God Bless you and yours...be good to eachother and hope to see you soon!!! Mahaloz, love and respect!!! PH 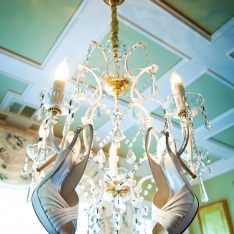