You have contacted Rabbi Joe Menashe!

Rabbi Joe hails from Portland ,Oregon, where he grew up attending Congregation Neveh Shalom. He spent his first summer at Ramah in California in 1995 as a Moreh (teacher) and social justice coordinator. He remained part of the Ramah family during the 90’s serving as Rosh Edah, Rosh Kvutzah for Seminar in Israel and Founding Director of the Meytiv Program, a Ramah based social justice program for high school students. Rabbi Joe received a B.A. from the University of Pennsylvania in 1993 and attended the Pardes Instititute for Jewish Studies from 1993-1994. Rabbi Joe obtained a Master of Hebrew Letters degree from the University of Judaism in Los Angeles in 1996 and received his Rabbinic Ordination and a Master of Arts degree (with a concentration in Jewish Education) in 2000 from the Jewish Theological Seminary in New York .

From 2000 - 2006, Rabbi Joe served as the Hillel Director at The Johns Hopkins University in Baltimore , Maryland. During his tenure, Hopkins Hillel opened a home for Jewish life, The Smokler Center for Jewish Life, Harry and Jeanette Weinberg Building. He was awarded Hillel’s Richard M. Joel, Exemplar of Excellence Award in 2004. From 2006 until 2010, Rabbi Joe has served as an Associate Rabbi at Congregation Shearith Israel in Dallas, Texas.

During one of those amazing “Ramah Summers,” Joe met Deborah Musher. Deborah and Joe were married in her hometown of Houston in 2002. Deborah is a special educator with a long history at Camp Ramah and focuses her work and research on students with autism. Together Joe and Deborah have three beautiful children, Molly, Gabriel, and Samuel. 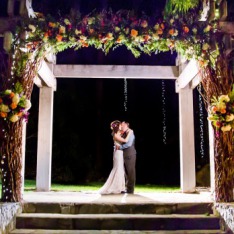