You have contacted Rabbi Steven Gross!

Rabbi Steve Gross has nurtured profound, spiritual connections with us since he began serving our congregation
in 2005. His enthusiasm, creativity, and warmth help generate dynamic environments for learning.

Rooted in the belief that all faiths strive to meet the same human needs in different ways, Rabbi Gross adopts and
promotes an optimistic and highly universalistic approach to our faith. From this perspective, Jewish hopes are primarily articulated through modern rationalist thinking; moral laws are essential guideposts for Jewish identity; and concerns for social justice are paramount in translating the teachings of our heritage into our daily lives.

Rabbi Gross grew up in La Jolla, California. He received a B.A. in Education from San Diego State University. He received his rabbinic ordination from Hebrew Union College-Jewish Institute of Religion in 1996.

From 1996 to 2005, Rabbi Gross had the privilege of serving as an assistant and then an associate rabbi at Congregation Beth Israel in Houston, Texas. During these years, he has come to understand his role as a rabbi to be a sacred responsibility.

Rabbi Gross has been serving as the rabbi at the Houston Congregation for Reform Judaism since 2005. His passion for education; his compassionate heart; and his ability to transmit the values and teachings of Judaism to members of all ages creates environments for learning and worship which are dynamic, warm and welcoming for all.

Rabbi Gross brings to the pulpit energy and enthusiasm as he uses his guitar to shape the worship experience for young and old alike.

He is married to Beckye Levin and they live with their four children Elliot, Lily, Simon and Aiden. 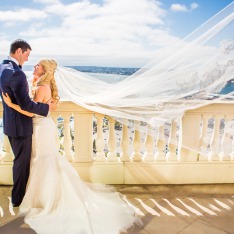