Philip Press is known for having a way with platinum. As Hollywood’s premier platinum jewelry designer, Press has established himself as the designer of choice for leading celebrities as well as discerning jewelry aficionados or betrothed couple. His handcrafted, exquisitely designed Renaissance Platinum line has been featured in countless fashion and entertainment magazines, such as InStyle and Lucky, along with the local and national media.

Press is often quoted in the media, including The Wall Street Journal, as the leading expert in designing and manufacturing platinum jewelry. The creator of one of Hollywood’s most sought-after collections of platinum jewelry, Philip Press is known for his intricate, highly refined custom designs and his Renaissance Platinum collection at his Sunset Plaza showroom in West Hollywood, California, as well as at fine jewelers across the country.

Philip Press began his jewelry career at the age of 15 as an apprentice to a master European craftsman and platinumsmith. At a young age, Press learned about everything from polishing to making filigree -- ornamental lace-like work—in platinum. His mentor’s attention to detail, such as using dental floss to polish a small surface, led to his own quest for perfection in his pieces. The exposure gave Press a strong appreciation for the incomparable quality of platinum and for the strong design elements of the French Art Deco period, which he interprets with a modern trend-setting perspective in his designs.

Press continues his commitment to raising the bar where platinum design is concerned – from mixing the best quality platinum alloy, to perfecting old-world techniques including hand- engraving, filigree, and pavé work.

This creative designer traveled the world—from Brazil to Belgium to Israel to Africa—educating himself firsthand in the nuances of diamonds and colored stones, and sourcing the very best gems for his platinum collection.

Press designs his collections and supervises his team of trained craftsmen from his workshop in the Sunset Plaza in West Hollywood. Press and his wife, Linda, and daughters, Hannah and Aryn, reside in Los Angeles, CA. 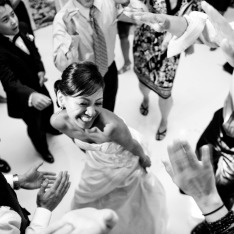