You have contacted Siren's Crush!

Siren's Crush is a live, 7-10 piece dance band who is quickly becoming one of the top requested acts by the most prestigious booking agents in the entertainment industry. Their high energy show and young, modern sound and appeal is setting a new standard in top 40 entertainment. The dynamic group features powerful vocal harmonies, charismatic stage presence, dazzling wardrobe, concert level choreography, crowd pleasing energy and an undeniable "it" factor. The Industry is branding them as "a new Destiny’s Child with the energy and diversity of Black Eyed Peas".

Their front lineup consists of the most talented and sought after female vocalists on the west coast. These Lovely young "Sirens" have an undeniable star quality which is quickly gaining them a fan base all over North America. Backing this dynamic front lineup is an all live, “Concert” style band featuring a dynamic crew of young, ultra-hip, professional musicians already being called “the best musical lineup that Southern California has to offer”.

Siren's Crush has been featured on MTV, in national commercials, and have shared the stage and performed with Grammy Award winning Artists: Boyz II Men, Teena Marie, Erykah Badu, Vanilla Ice, Lisa Lisa the cast of Dancing with the Stars, So you think you can Dance and numerous others.

Their show covers a wide range of musical genres from every decade and they have performed for audiences ranging from 100 - 70,000. Being a “true” Top 40 act, they feature a wide variety of music specializing in today’s hottest Radio hits. Recently they have recorded and released their own original music and are making waves in the industry. 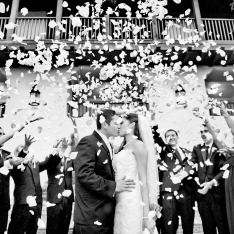