You have contacted Sound Nation!

As the most highly sought after South Asian DJ in Southern California, Raj has been entertaining crowds since 1995. With his creative mixing skills and quick ability to read the energy in any room, he is able to diversify his music from Dance to Hip Hop to South Asian sounds. To his events he brings forth a level of professionalism, talent, and energy which is unmatched. As a Master of Ceremonies, his vocals are clear and concise.

Raj's musical talents have allowed him to perform at almost every venue in Southern California over the years, from nightclubs to boutique hotels. Although, these days, his career mostly focuses on high-end private affairs. Many of these events have been featured in Platinum Weddings, In Style Magazine, Ceremony Magazine, Style Unveiled, South Asian Bride Magazine and Sony TV, along with many more. Raj has had the honor of performing in front of dignitaries, celebrities, sports stars, travel the United States, and Internationally. For the South Asian scene, if its an event that "matters" you can bet, Raj will be there.

Raj is the DJ who has been credited by clients, professionals and his peers as the guy who knew how to put life in a microphone, turntables and especially the party for Southern California's South Asian scene. Although bringing life back into boring private affairs was one of his missions, his main goal was to cater to a clientele that understood what he did and the importance behind it. This took some years to build but here he is and that is exactly what he does.

Raj focuses strictly on the highest quality of events and caters to clients that understand what he does as a talent. He is here to move crowds. His clients and other professionals prefer his services over others as the difference in quality and professionalism is readily noticable.

In September 2010 he joined forces with one of Southern California's largest audio/visual and lighting company, Amber Event Production. This gives him the ability to provide clients a higher end of lighting and sound services.

As of 2018, he has also been signed as an artist by Dash Entertainment.

Often asked how long he plans to DJ for after such a long career. His answer: "I will DJ as long as there are crowds to move and clients that continue to recognize me for what I do best. DJ'ing is my life!" 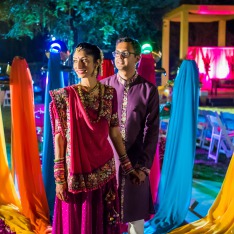