You have contacted The Jones Revival!

More about The Jones Revival

About The Jones Revival

The Jones Revival was established in 2006 in San Diego, CA, mostly thanks to a little community called Bird Rock. Dave and Megan Heine, owners of Beaumont's Eatery, gave us our first lucrative booking. With few promotional materials to offer at the time, Beaumont's took a chance on us.

Jones quickly took off in the small, La Jolla town; together Beaumont's and The Jones Revival gradually put themselves on the map in the local music scene. Beaumont's has since become a reputable music venue, with a laid back and professional staff, and a knack for choosing local talent. The Jones Revival has gone on to entertain at events such as The Drew Brees Celebrity Golf Tournament, San DiegoTastemaker's Ball, and the annual fundraising event for Kawasaki Disease.

We have also been billed to play private events for community leaders such as Keith Jones of Ace Parking, Barbara Bry and Sarah Kruer Jager (this politically active mother/daughter team has kicked it with the Clintons, people...) Elizabeth Allen, owner of iconic Bird Rock storefront Elizabeth Allen Atelier, and Lex Lyon of The Lyon Co.

The Jones Revival has also participated in community events such as the Rock 'n' Roll Marathon, San Diego Pride Festival, Taste of Bird Rock, and Birdstock. We make regular appearances at Beaumont's Eatery (look for us about once a month), as well as other local venues in the Pacific Beach, Ocean Beach, and La Jolla neighborhoods. We maintain a great relationship with Viejas Casino and Valley View Casino, as well as other reputable music venues throughout San Diego county.

We've had a few bandmembers change over the years, so we'd like to say many thanks to Raul, Geneva, Jeremiah, Micah and Dave for countless nights of amazing music! We'd also like to welcome Donnie Winston, who've really embraced the spirit of The Jones Revival and whose talents will certainly not go unnoticed in the shows to come.

See you from the stage! 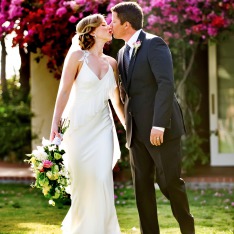