You have contacted Tino Productions!

TINO is the supreme genius of entertainment for the new millennium. Born in Italy, Tino has achieved a perfect balance between traditional music and modern instrumentation and is adorned by elegant showmanship. His singing and performing style evokes passion from the most conservative of fans. He can read an audience, of all ages, like no one else can to give them all exactly what they want.

With three CD’s under his belt and a fourth in the process, Tino appears to be unstoppable and his fans simply can’t get enough.

Tino’s extent of musical knowledge is quite large. Besides being an excellent musician, (mastering several instruments including: accordion, keyboards, drums, guitar, bass and various percussion instruments), Tino is also a well respected and accomplished singer with a unique style all his own. He also pays tribute to all the world’s greatest singers such as: Elvis Presley, Tom Jones, Englebert Humperdinck, Julio Iglesias, Michael Buble, Ricky Martin, Marc Anthony and many more, capturing their essence and making you think that you are listening to the original artists. 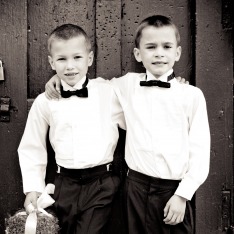