You have contacted Tolan Shaw!

One of the most gifted performers playing Southland stages today, over the past few years, Tolan Shaw has become a formidable force in music, winning over a large fan base and writing some of the best semi-acoustic songs you’re likely to hear.

By default, Shaw would probably be considered a troubadour, armed as he is with a fistful of great songs and an acoustic guitar. But Shaw isn’t that easily defined. His recent, self titled solo debut album was a full band affair and horn backed as well. On the other hand he handily won the 2011 San Diego County Fair Singer-Songwriter contest, co-sponsored by Taylor Guitars.

Of course an artist like Shaw doesn’t emerge fully formed. Though he is still a new name to many, he first hit Southern California’s music scene in high school as a member of indie rock band the New Archaic, scoring a “Best New Band” trophy at the 2009 San Diego Music Awards and playing at such notable events as Switchfoot’s annual Bro-Am. A charismatic performer and prolific writer, it was only natural that he eventually took the solo route.

His most recent inspiration for music comes from his love of travel, having sailed around the globe, picking up influences and ideas from the culture around him. Shaw’s debut album is the result of such journey’s; he spent seven months traveling around South America, in the process writing the bulk of the material.

As great as his music is, Shaw’s real magic happens in the live arena. An intense performer, lyrics are important to him – anyone attending his shows, will note that in addition to his wonderful and clever acoustic guitar lines, the way his vocals work as part of the instrumentation sets him apart from typical singer-songwriter type artists.

Future plans include touring and more recording, in addition to continued work as a sideman, notably as guitarist with the group Sister Speak. It’s hard to stand out in music these days, but Tolan Shaw is the total package; great songs, great performances and the work ethic to see it all through. Anyone looking for a bright spot in today’s music world, or simply a talent that’s ready to take things to the next level, will love what Tolan Shaw has to offer. 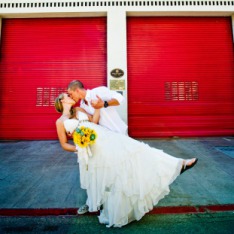