It’s not uncommon for indie artists to cite The Beatles as primary musical influences--but the San Diego singer/songwriter Trent Hancock is breaking nationally with his solo EP debut, Ghostbird, which uniquely weaves the Fab Four’s style into certain tracks.

Though hailing from the west coast, Hancock’s other inspiration for the Ghostbird EP comes from relocating to the raw streets of Brooklyn. The singer was so impressed and inspired from touring in New York City last year that he took the plunge and embarked on a cross-country drive. Hancock began immersing himself into the city’s open mic showcase scene, and on one particular night, he included the dark-themed Beatles’ tune “Happiness Is A Warm Gun” into his acoustic set – only to realize that, unlike in San Diego where everyone wants to hear cover bands, NYC crowds frown on the practice. The crowd’s desire to hear original material inspired Hancock to develop some new songs with a mainstream pop/rock sound, which he would eventually release on the new Ghostbird EP.

Hancock’s love for the Beatles, NYC, and his new material would served him well a few months later after moving to Brooklyn, when he impressed Los Angeles’ producers Mikal Blue (Colbie Caillat, Five For Fighting and OneRepublic) and his partner Andrew Williams (Hope, Angel Taylor, Colbie Caillat and Five For Fighting) with his new music vision. The two producers immediately asked Hancock to fly L.A. to work the singer’s new project. He was excited for the opportunity to work with Williams and Blue, who helmed Colbie Caillait’s double platinum debut Coco.

Hancock has come a long way from his post college days in cover bands in San Diego and his once successful electronic rock duo (also called Ghostbird), along with drummer Mike Cooper. Though Hancock is now turned on to another musical genre and is taking on the solo career by storm, the duo’s name lives on as the title of Hancock’s current EP. The new EP also secured Hancock to tour in July and August across the U.S. with renowned acoustic soul singer/songwriters Ernie Halter and Tony Lucca, and recently picked up endorsements by Gibson Guitars and Sennheiser USA. 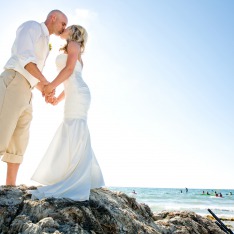