Ever since the Gypsy Kings released their self-entitled album in 1989, they changed the global musical landscape with their pop-oriented version of traditional flamenco music called Rumba Catalana. A lively mix of gypsy rhythms, salsa and rumba that many musicians have tried to emulate but have failed to advance the genre to new horizons. The unlikely city of Los Angeles, has produced a guitarist-composer that has been able to take the Rumba guitar stylings and rhythms to new fresh territories that reflect the urban/global mix of Southern California. Nicaraguan born Roger Espinoza is a product of American music and a faithful student of the traditional music of the gypsies. A guitar virtuoso who has studied with the legendary Jorge Strunz of the ever so popular guitar duo Strunz and Farah. Mr. Espinoza studied the "Latin Rhumba" and "Gypsy Rhumba" as well as those rhythms from Latin America and the Middle East. He was perfecting and experimenting with the rhythm style of his idols the Gypsy Kings and making it his own. He studied Flamenco rhythms with good friend Paco Arroyo and Gino D'Auri. Mr. Espinoza also studied at the Berklee School of Music. With the release of his debut, Cafe Fuego, Roger Espinoza was poised to make his mark. Cut number one, "Day in Alhambra" which was inspired by one of the older cities in Spain (it is also the country where Espinoza purchased his favorite Conde Hermanos guitar in the town of Madrid); cut number four, “Monteverde” whose flavor comes from the Costa Rican city which is home to the rain forest (you can hear the rain forest at the beginning and conclusion of the piece); track number six, “Gypsy”, which was inspired by the wonderful guitar music performed by the homeless Gypsies of Sevilla and finally; cut number ten, “Goodbye (Pops)”, an homage dedicated to his father who was a pianist and his musical inspiration. The release of Café Fuego was an impressive debut that caught the critics attention. World C.D. Reviewer _Joe Hartlaub said, “Espinoza's playing is exquisite throughout”. CD Dish Reviewer _Michael Allison said, “Café Fuego is definitely one extraordinary album that captured my ear”. In 2003, Mr. Espinoza composed the opening song to Herbert Siguenza’s theatrical tribute to Mexican comic, “CANTINFLAS”. Mr. Espinoza and his band ESPINO are a very popular live musical act and are in constant demand. He has just finished his second CD, “Masks” which is by far a very impressive c.d. Espinoza's compositions on "Masks" are his best yet! Exploring the four corners of the world, Espinoza has taken each tune with precision and amazing guitar work rhythmically! Two of the ten tracks are dedicated to his daughters Alexa, and Ava. Both of these songs represent the personalities of his girls, happy, uplifting , and full of life!!! The opening track "Adrenaline", shows his skillful artistry and quick fingers as well as different solo variations on this track. Definitely gets the Adrenaline rush! Espinoza will begin working on his third CD very soon and will work with some of the most talented musicians of the Rumba genre. Mr. Espinoza has been endorsed by many music instrument companies, Shubb Capos, La bella strings, and most recently the endorsement of Godin guitars.
Roger Espinoza is the new voice of Flamenco fusion and has taken the baton of The Gypsy Kings and is bringing his unique and exciting style to new audiences and refined ears who are looking for new musical directions. Mr. Espinoza provides and satisfies all listeners with a new fresh accessible sound that will push the boundaries of Flamenco guitar. 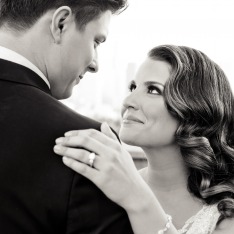