You have contacted Summer Wind!

Soprano, Alto, Tenor, and Baritone Saxophones, Flute, Piccolo and Wind Synthesizer (an electronic wind instrument), and hand percussion. Bill Shreeve studied music at City College and San Diego State University and has been performing professionally since 1976 in a variety of musical
ensembles from small jazz groups, to 17 piece big band orchestras, to top 40 and rock bands. Bill has performed with the Coasters, and Temptations, and his band Aire Play, has performed on the same bill as Blood Sweat and Tears. He is a busy freelance woodwind player in a variety of pop, rock, and jazz groups in the Southern California region. Bill is strongly influenced by a diverse bunch of Saxophone luminaries
including Stan Getz, Paul Desmond, Cannonball Adderly, Phil Woods, Michael Brecker, Brandon Fields, David Sanborn, and Eric Marienthal to name a few. In the early eighty
’s, Bill began leading his own jazz groups, Tangerine, The Shreeve Brothers, and then The Bill Shreeve Sextet performing at all the popular jazz nightclub venues throughout the San Diego region. In 1985, Bill created what was to become one of Southern California’s more popular variety dance bands, Aire Play. Aire Play performs almost exclusively at corporate events, weddings, and
private parties of every nature and features five to twelve musicians. Aire Play delivers a wide selection of material from current top 40, rock, soul, disco, R & B, contemporary and classic jazz, swing, Latin, and big band era music. Bill formed and currently leads the band Summer Wind featuring a classic Sinatra vocal repertoire featuring Dave Scott on vocals. Bill’s jazz playing remains a big focus of his attention and he has been a
featured artist for several years on Mondays at Croce’s Jazz bar (San Diego’s premier jazz club) performing with Dave Scott (featuring all Bill’s and Dave’s
original material), and with the Latin Jazz group Yavaz at Croce’s on Fridays. 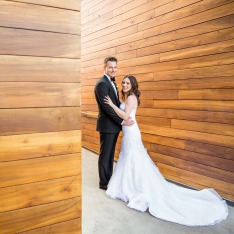