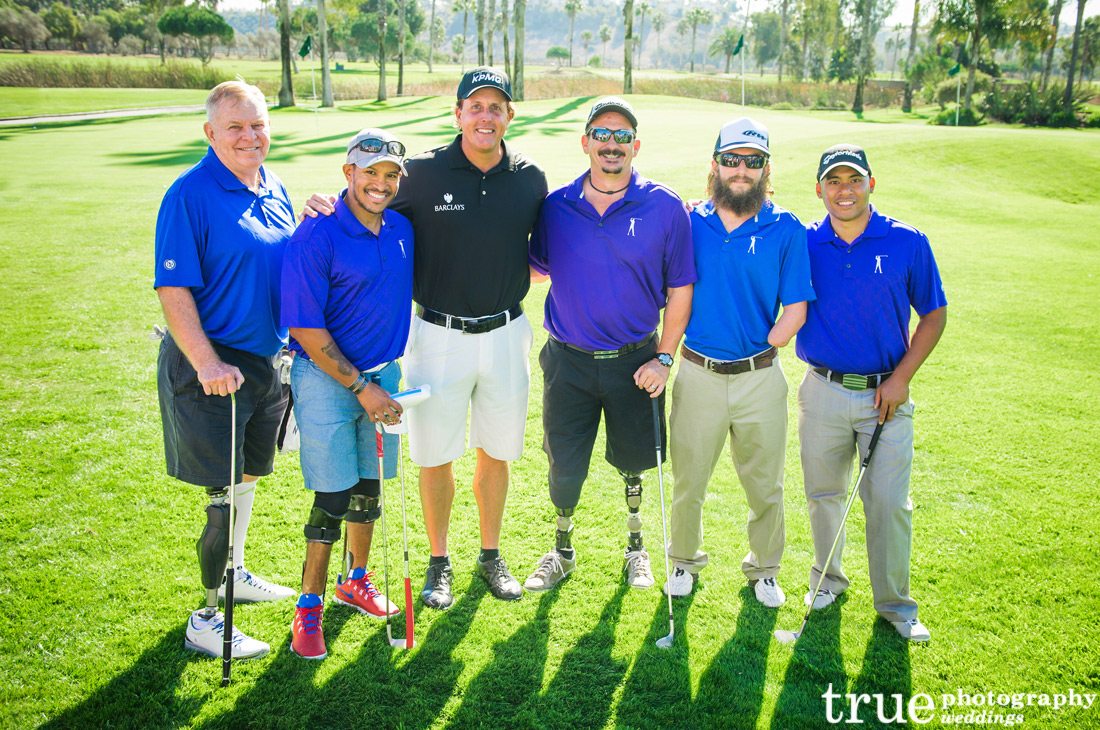 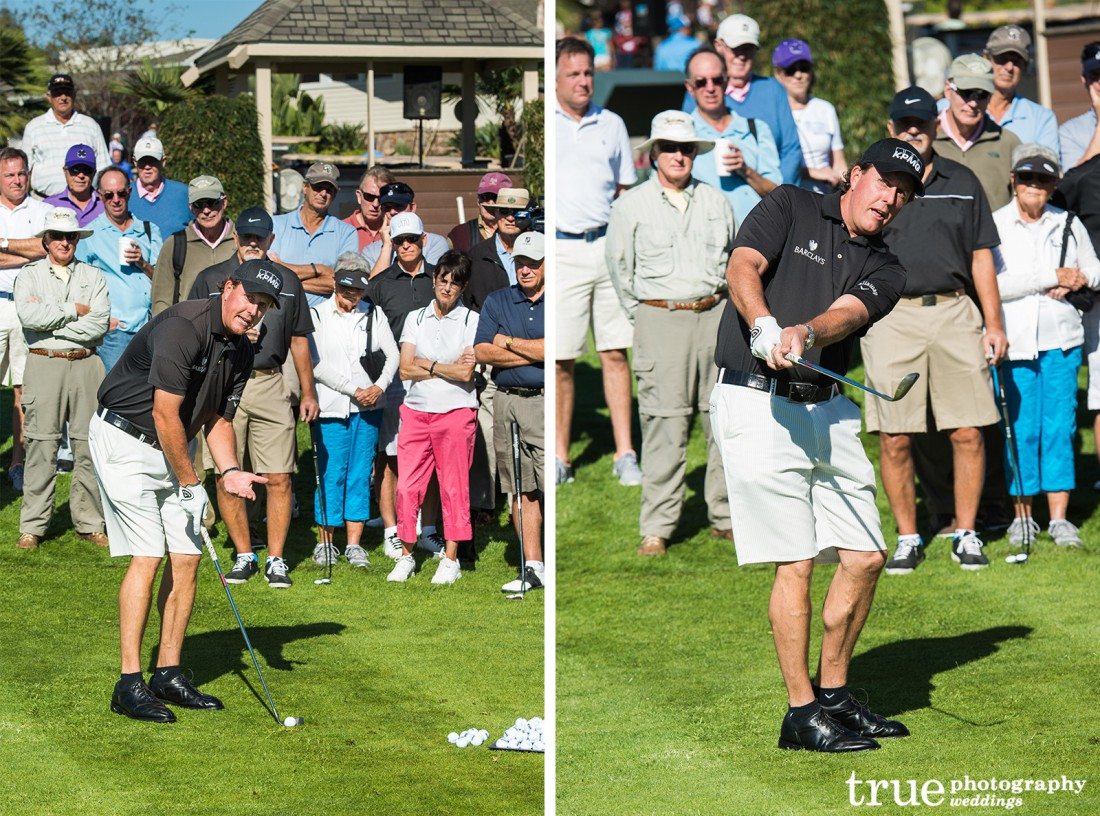 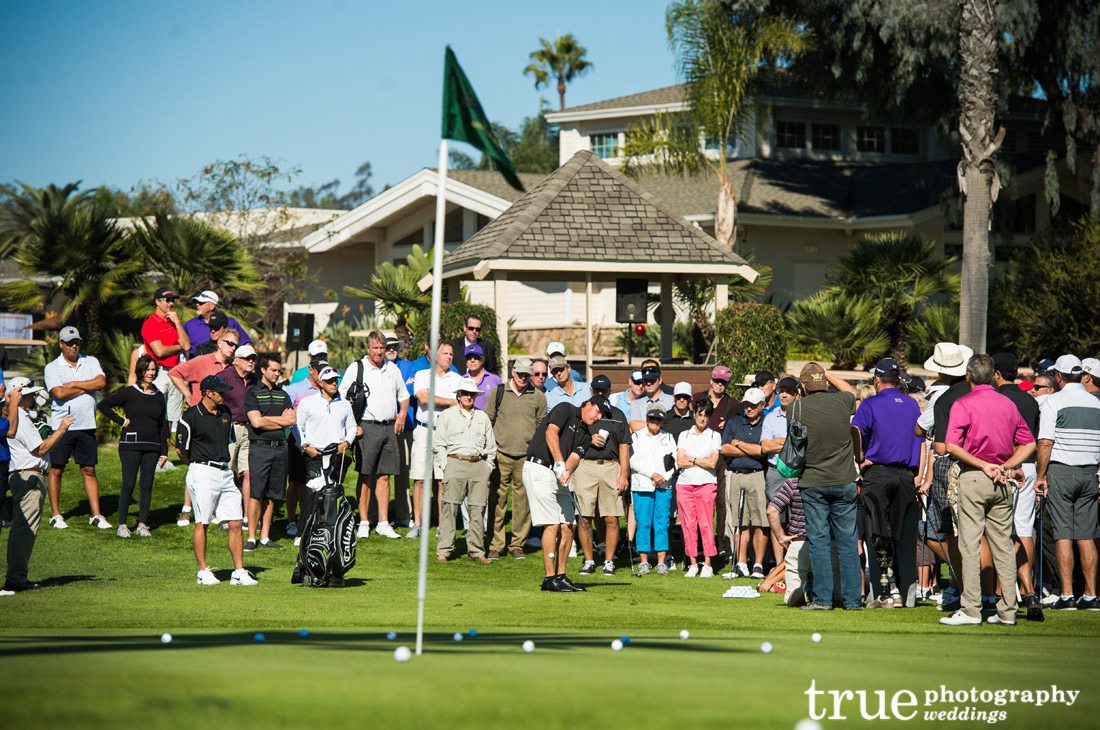 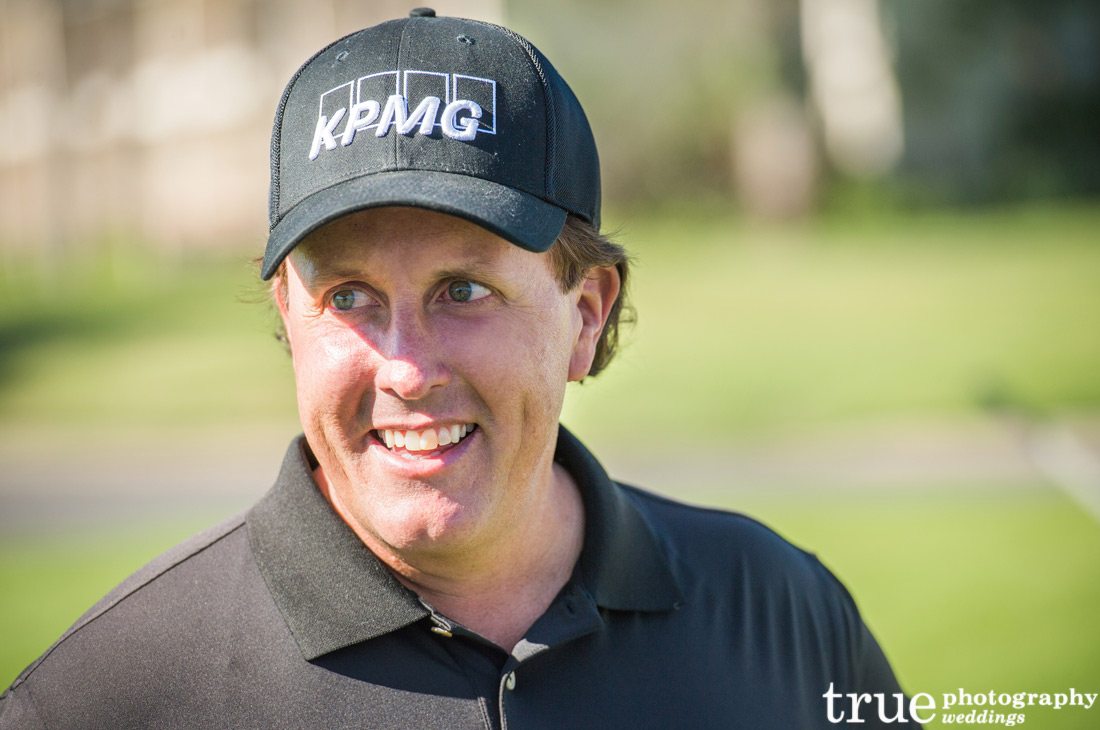 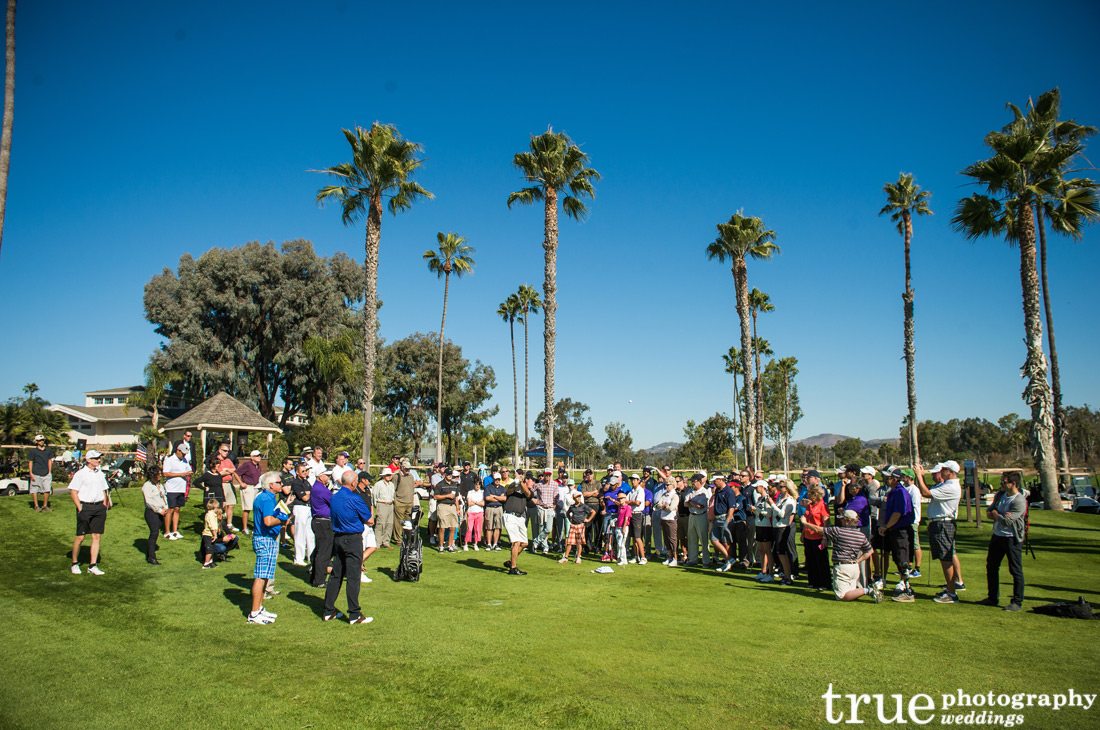 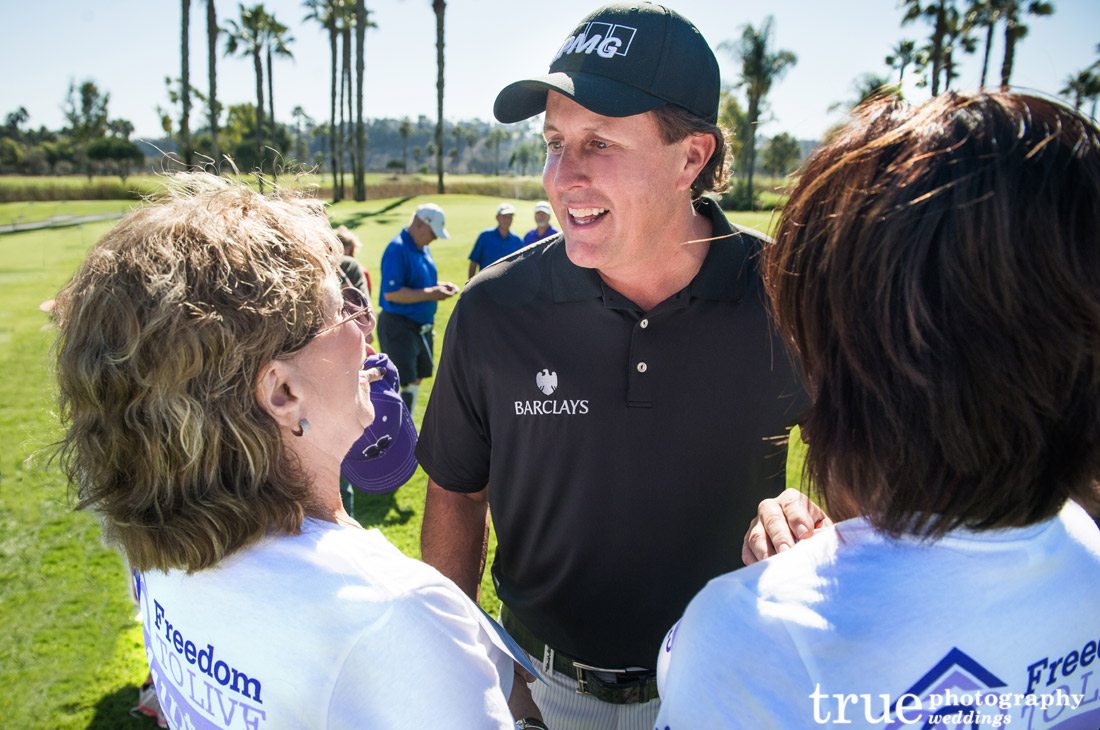 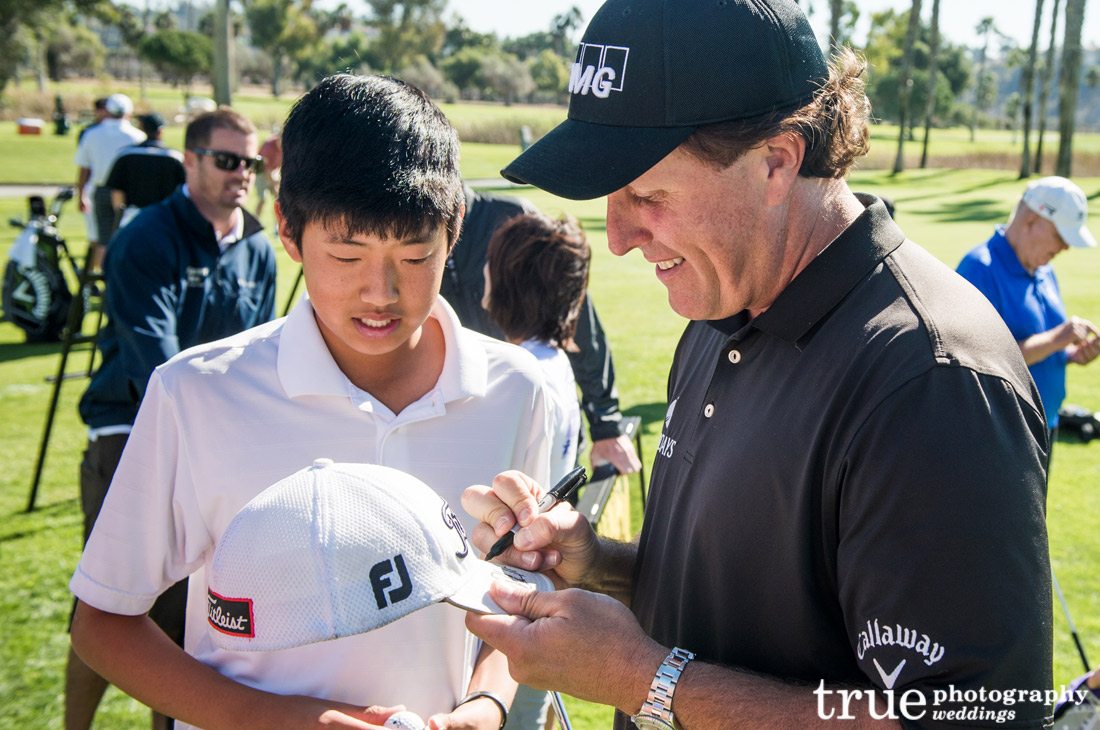 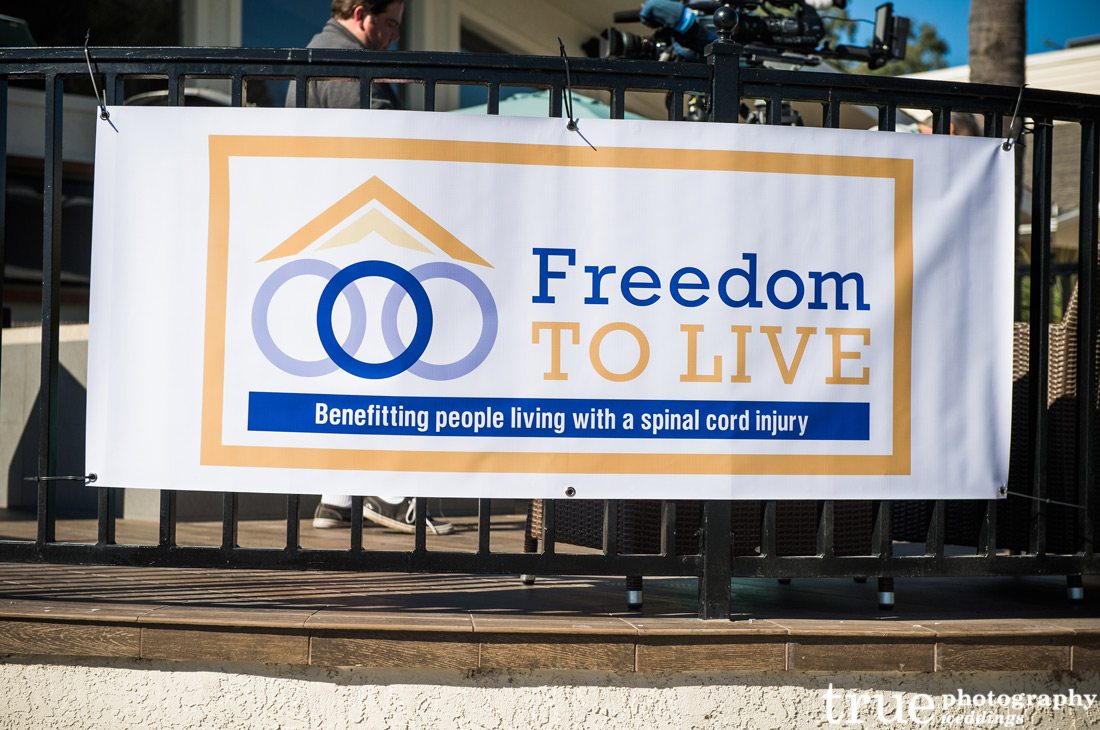 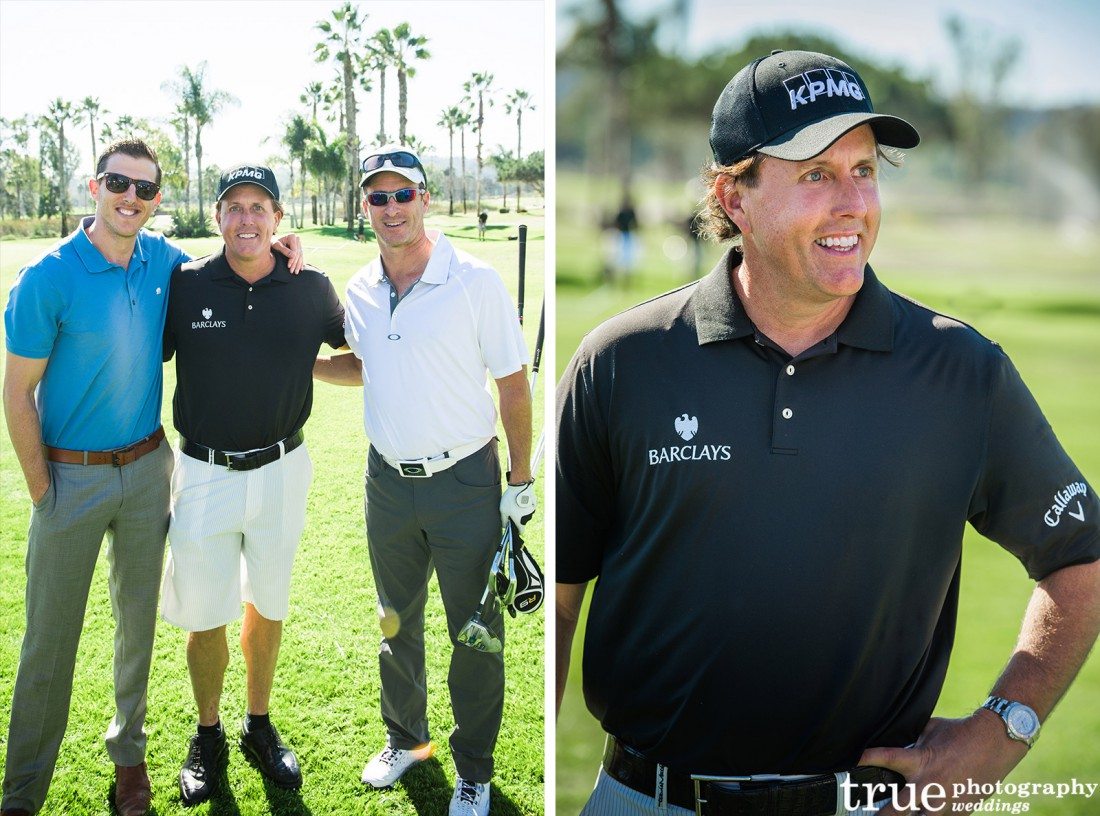 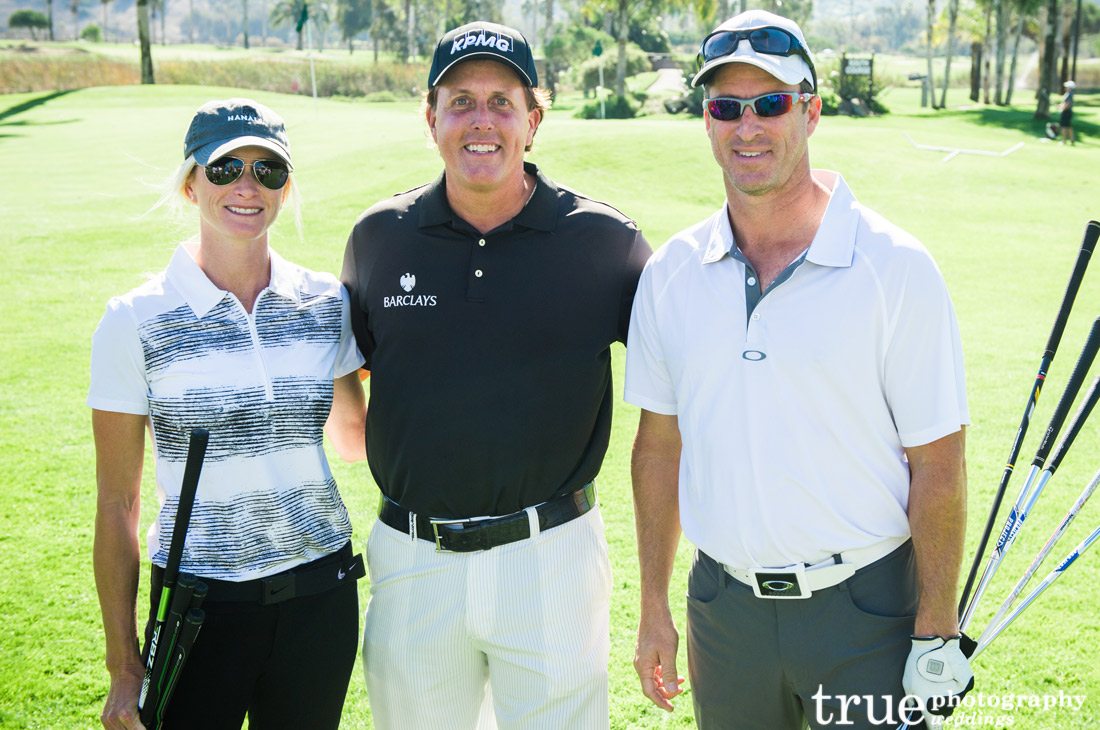 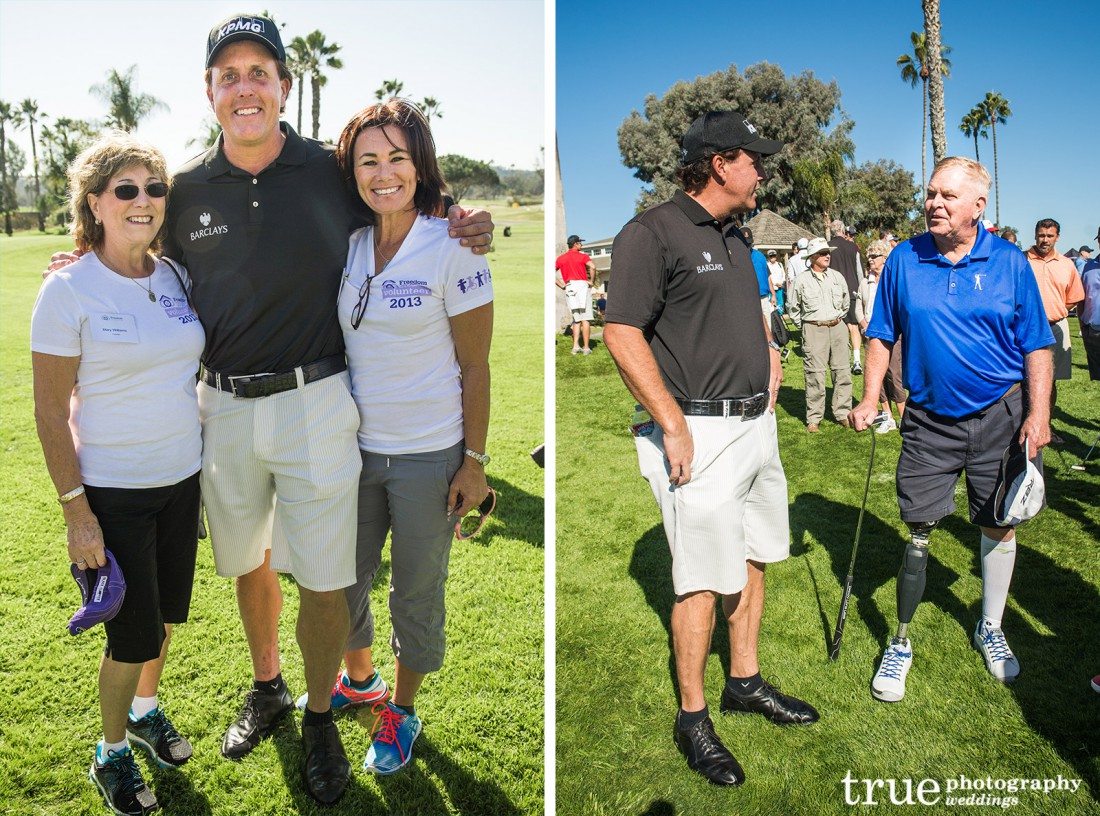 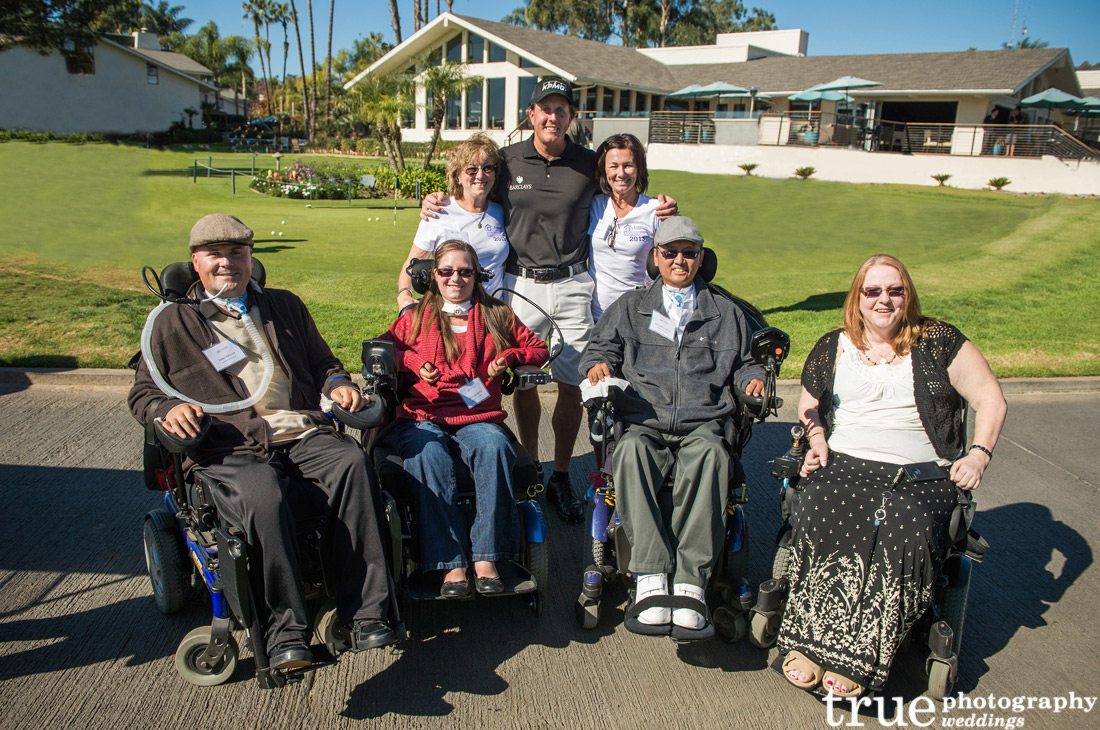 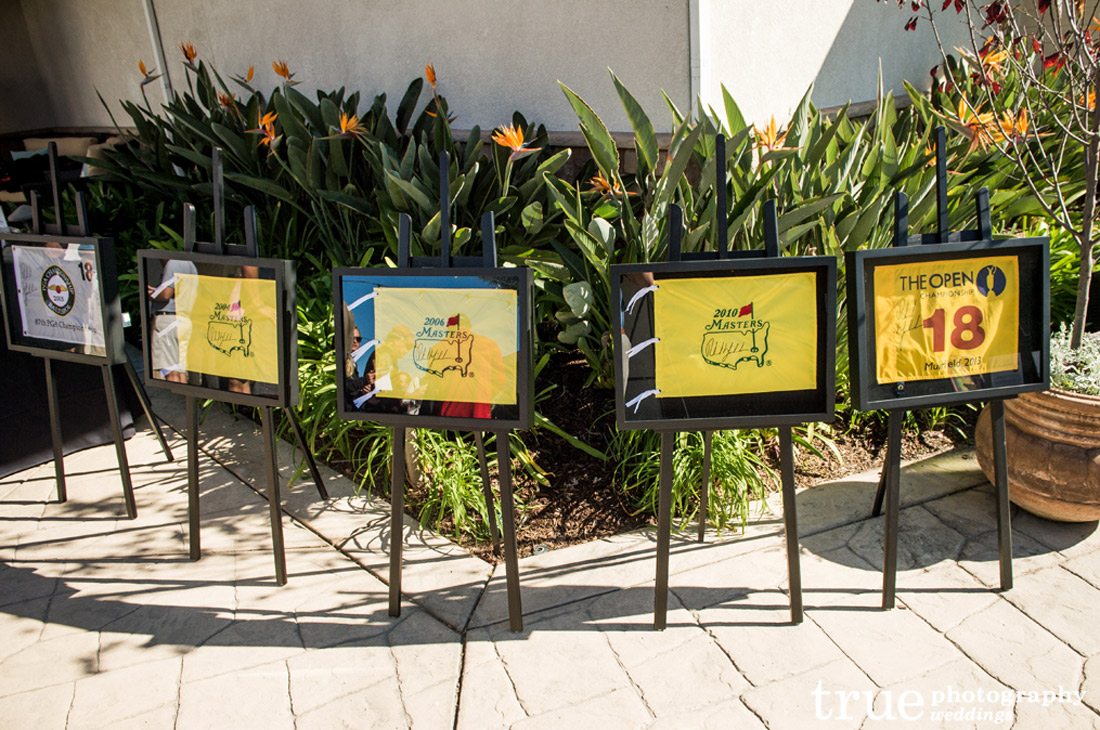 Farin and Blake tied the knot on one of the rainiest days of the year! Despite the torrential downpour, this couple managed to be unaffected by the weather, and was full of smiles.  When they look back on the day, they say they wouldn’t change it for the world. The rain actually contributed to the mood, and made their wedding more intimate and cozy. Take a look below as Farin shares all the details, from how they chose their wedding venue to her favorite moment of the day!

Blake and I attended a bridal fair at the Bernardo Winery. The moment we stepped into Rosario’s Pavillion and saw the years of family heirlooms, we knew that this venue was the key to our dream wedding. The landscaping and beautiful lighting were amazing! We booked our wedding the following week, and the planning officially began! 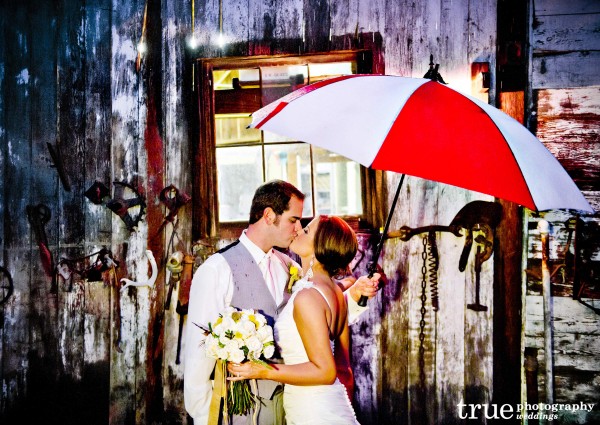 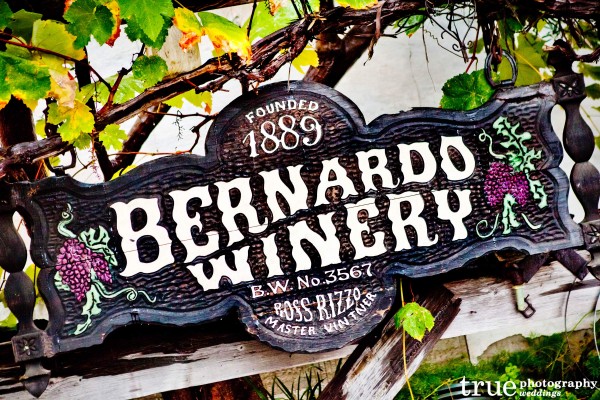 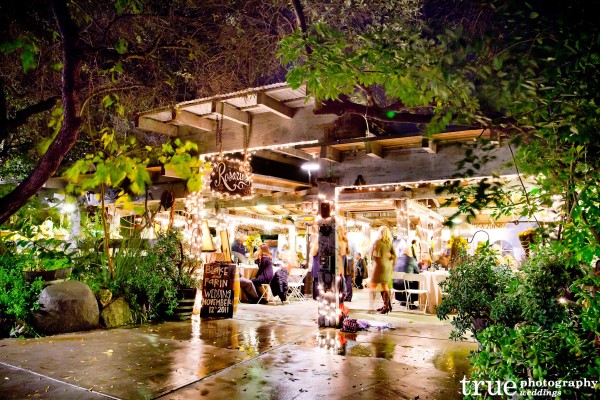 Blake is infamous for his funky shoe and sock collections. Being that his entire shoe collection is Vans, he wanted each of the guys in a bright yellow pair. Who would have thought that yellow would be out of season? Instead, we both agreed on the grey authentic 106 Vans. Thank you yellow Vans for being out of season. Grey looked great on the guys! And for the ladies, with our rustic/country theme, brown cowgirl boots were a given.

I decided to wear a girly pair of vans with the guys. I surprised Blake by wearing argyle socks to incorporate his funky style into my attire!

Who would have thought that the rainiest day in San Diego would be our wedding day? Just three days before our wedding, we realized that we needed to resort to our backup plan! We rented tents and changed the entire ceremony and reception area in two days, squeezing our 175 guests into one small space, where the cocktail hour would have originally been held. 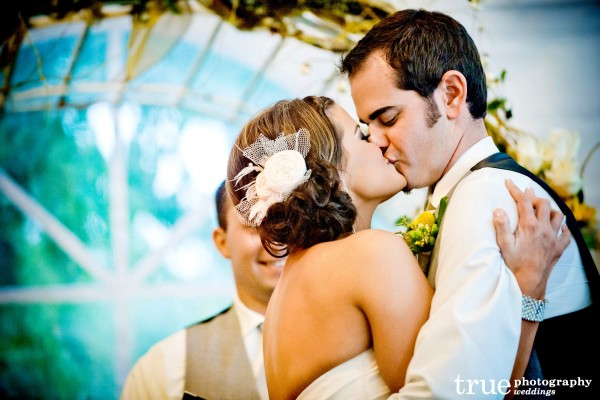 I knew that in order to pull off a personalized country wedding, we would need to make lots of crafts!  Throughout our seven month engagement, we finished one detail at a time, until everything on my list was checked off. We hand made the mason jar hangers, and wrapped them in burlap. Blake’s mom made our beautiful flag banners. And Blake and his Dad cut old pieces of fence, and nailed them together for our wedding signs. We used scrap pieces of wood for our table numbers and signs. Our florist pulled all of it together with hanging lanterns and gorgeous flowers!

When it came to a wedding cake, we didn’t want anything traditional. Pie is the way to Blake’s heart, so I asked his Grandma if she’d like to help us bake enough pies for all of our guests. As our wedding gift, she purchased all of the ingredients to 22 pies. Over the next few months, she gave us lessons on how to make each one! We kept them in freezers, and baked them again on the morning of our wedding. I paired them with small chalkboards so our guests knew which flavors were available.

We had a wide variety of pie flavors, from pumpkin, to pecan, to cherry, to peach. Everyone absolutely loved them!

The entire day was a dream come true! The most special moment for me was my father-daughter dance with my Grandfather. As we danced, he reminded me of the love that he has with my Grandma. He told me that with the way they love each other, they have always been rich. Hearing him tell me that’s all he wants for Blake and me, to share in the same love they’ve had for 58 years, was truly an memorable moment. With neither of my parents present, he told me how lucky he was to have given me away, and how thankful he was to be the one dancing with me. I owe so much to that man, for his strength and love he’s always given to me. In that moment, it was just him and I dancing to “Stealing Cinderella,” forever his little girl. 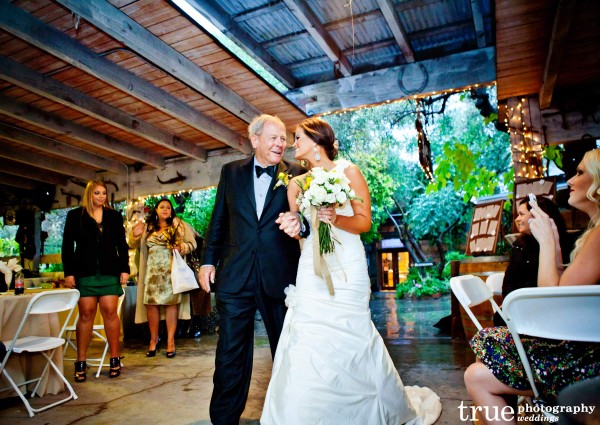 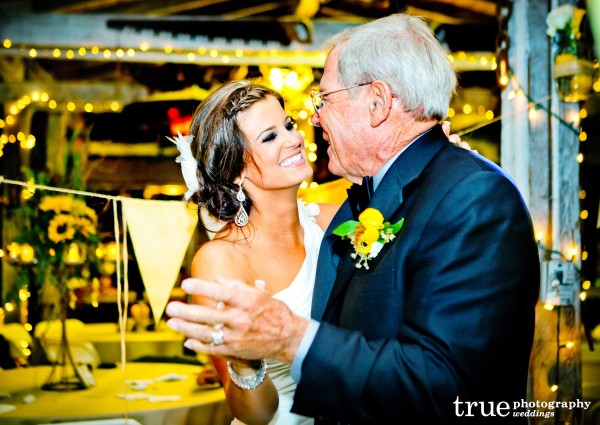 Hiring True Photography as our photographer was the best decision we made throughout the entire process.  I have so many “favorite” images from the day. Here are a few of them!

Michael and Janis were on top of everything, and caught even the smallest moments. Our pictures will be with us 50 years down the road, and we look forward to sharing them with our kids and grandkids. To me, you can’t put a price on that. We appreciate the entire team for working with us from the beginning to the end and then some! True Photography made us feel like a part of their wedding family!