Chef Greg DeMichiel has been cooking for most of his life. Raised in NYC, his passion is heavily influenced by his family upbringing, learning his appreciation for flavors from his Cuban grandfather and his organization in the kitchen from his Italian grandmother.
In his early 20s, DeMichiel began to transform his passion for cooking into a successful career. He obtained his bachelor's degree from the Culinary Institute of America. After graduating, he traveled to Las Vegas where he held the position of Executive Chef at the world famous China Grill. Having the opportunity to travel Chef Greg ended up in Europe living in France, Spain, Italy, Greece and England. Once back in the states, he settled back in NYC and then to Los Angeles where he would create Maison LA, focusing on quality event catering and the use of organic, sustainable, and local products. Maison LA spawned 2 other ventures, EAT EVENTS & Maison Supper Club.
EAT EVENTS & Maison LA provided not only the most sophisticated of dining services, but curated menus, and offered marketing and operational consulting to an array of high-end restaurants and dining destinations. Under Maison, DeMichiel has consulted for popular establishments including The Dolce Group, The Must Bar, The Hudson, The Churchill, and Third Street Station, a European-inspired restaurant offering high-end, small plates.
DeMichiel was cast on the premiere season of VH1's Famous Food as a consultant for the Dolce Group's venture, Lemon Basket. In addition, he has created sumptuous fare for events serving some of Hollywood's top celebrities including Jake Pavelka (the Bachelor) Rachel Zoe, Adrian Maloof, Kim Kardashian and is the featured chef on My Fair Wedding with David Tutera on We channel. Chef DeMichiel can currently be seen on the premier season of Cut Throat Kitchen October 13th 2013 on the Food Network.
Chef Greg combines classical French cooking techniques with a contemporary approach, fusing the best styles from the past and present. Leading the way for the next generation, his style captivates and provides a distinct, yet familiar culinary assortment to appease the palate. 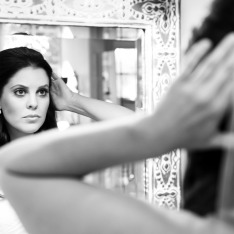