From WIKI - The name Greek Orthodox Church (Greek: Ἑλληνορθόδοξη Ἑκκλησία, Ellinorthódoxi Ekklisía, IPA: [elinorˈθoðoksi ekliˈsia]), or Greek Orthodoxy, is a term referring to the body of several Churches[5][6][7] within the larger communion of Eastern Orthodox Christianity, whose liturgy is or was traditionally conducted in Koine Greek,[8] the original language of the New Testament,[9][10] and whose history, traditions, and theology are rooted in the early Church Fathers and the culture of the Byzantine Empire. Greek Orthodox Christianity has also traditionally placed heavy emphasis and awarded high prestige to traditions of Christian monasticism and asceticism, with origins in Early Christianity in the Near East and in Byzantine Anatolia. Today, the most important centres of Christian Orthodox monasticism are Saint Catherine's Monastery in the Sinai Peninsula (Egypt), Meteora at Thessaly in Greece, Mount Athos in Greek Macedonia, Mar Saba in the Bethlehem Governorate of the West Bank, and the Monastery of Saint John the Theologian on the island of Patmos in Greece. Historically, the term "Greek Orthodox" has also been used to describe all Eastern Orthodox Churches in general, since "Greek" in "Greek Orthodox" can refer to the heritage of the Byzantine Empire.[11][12][13] During the first eight centuries of Christian history, most major intellectual, cultural, and social developments in the Christian Church took place within the Empire or in the sphere of its influence,[13][14][15] where the Greek language was widely spoken and used for most theological writings. Over time, most parts of the liturgy, traditions, and practices of the church of Constantinople were adopted by all, and still provide the basic patterns of contemporary Orthodoxy.[16][17][18] Thus, the Eastern Church came to be called "Greek" Orthodox in the same way that the Western Church is called "Roman" Catholic. However, the appellation "Greek" was abandoned by the Slavic and other Eastern Orthodox churches in connection with their peoples' national awakenings, from as early as the 10th century A.D.[19][19][20][20][21] Thus, today it is generally only those churches that are most closely tied to Greek or Byzantine culture that are called "Greek Orthodox".
View Gallery 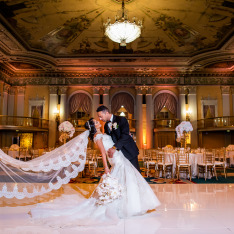 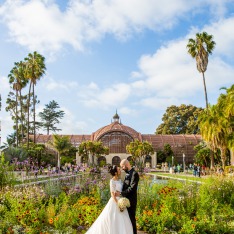