Setting Up Your Proposal Photography

A successful proposal photo shoot is a joint effort between the photographer and the person proposing. The majority of the time, this a man, but there are definitely no rules when it comes to proposals. The one who is proposing contacts our studio and shares specific details of the proposal. For example, where the location will be, time of day, and the plans for the rest of the evening on the day of the proposal. We then strategize together about how to best capture the big moment.

If it is a location we are very familiar with, we may already have creative ideas about how to set up the shots. We want to ensure great coverage, so we will think through all the options. This may involve the photographer shooting from some distance away, with a zoom lens, for example. Or, the photographer may hide behind some bushes so as to be unobtrusive. Depending on the location, we will station ourselves to remain out of the way, but also to be in line to capture the best angles and perspectives.

After the setting has been determined, we will walk through other details, such as arrival time. The idea is to have the photographer already positioned to blend in with the surroundings. This may mean that we hide our camera gear in something less recognizable than a camera case. We are also going to wear unassuming clothes on the day itself, so we look like just another person on the street.

In the minutes leading up to the proposal, we will begin photographing the two of you. Perhaps you are in a central spot in a park, such as a fountain or bench. We will start taking photos before something happens, just so we don't miss anything inadvertently. During the actual proposal question, we will still keep our distance. However, we will start to get a bit closer. This is so we can capture facial expressions with clarity and detail. But we also stay far enough apart to give the two of you time to enjoy the excitement of the moment.

Ideas For Your Wedding Proposal

During the proposal photography, the person who is proposing typically presents the engagement ring. If the couple is traditional, the proposer gets down on one knee. When this is done in a public place, makes for fun and engaging proposal photography. Not only do we capture the astonished expression of the person being proposed to, but also the bemused faces of people passing by. These inadvertent witnesses to this huge life moment sometimes become part of the background image. This creates a fun added element to the visual appeal of the proposal photos. And you never know, your proposal could go viral and make you a social media star for a moment!

Of course, you don't have to do a traditional proposal at all. Your ideas can be as creative or elaborate as you want. You can bring friends and family in on the surprise. Or, you can and create an epic proposal for the ages. Keep in mind that the more complex the wedding proposal is, the more preplanning will be involved. So be sure to coordinate with your proposal photographer, and to talk through all the details ahead of time. This way, we can be prepared for any scenario! For added coverage, you even have the option of two photographers. This way, we can photograph your wedding proposal from different angles and perspectives.

Photography During The Proposal

As soon as the proposal has happened, this is the point where we emerge from the shadows. We introduce ourselves to the fiancee or the other person, and explain how we conspired to make the photo shoot happen. We then take photos of the happy couple, being sure to photograph the ring from many angles! Often, this turns into a mini engagement session, because what better time to photograph than minutes after a proposal? We may walk the park together, looking for nice backdrops and posing for a variety of photos. Or, depending on the length of time booked, we may have a more structured engagement photo shoot planned out.

If you decide to book us for more time than the proposal, which is often the case, we'll continue on with the photo session. This could include capturing images in different environments around the same location. Or, it could mean a change of scenery, as we all move to an entirely new venue. For example, you may have reservations at an amazing restaurant following the proposal. If this is the case, we'll have the opportunity to photograph you walking around the neighborhood is located. Just enjoying each other's company will be very photo worthy! Or perhaps we'll capture images of the two of you at the bar, enjoying the first colorful cocktail together as an engaged couple. It all depends on which part of town we're in, and what your plans are following the proposal itself.

Of course, we will have talked this all out beforehand, so we have a plan. At a certain predesignated point, we will leave you to enjoy your evening. That way you can have a relaxing and peaceful dinner together, knowing with confidence that we got plenty of coverage.

Often, clients will book us for an engagement photo session in addition to the proposal photo shoot. This is nice because it gives us all a chance to regroup on a different day. When we meet again, we will all be refreshed and ready for a full shoot centered around the engagement. We will also share a laugh about the proposal shoot and how we managed to pull it off! 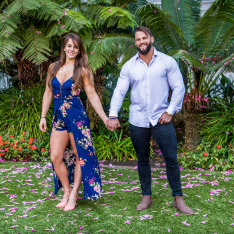 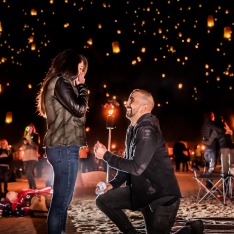 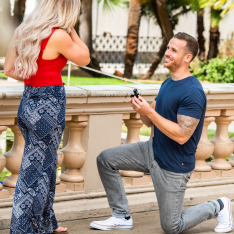 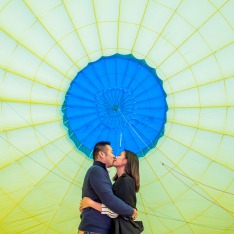 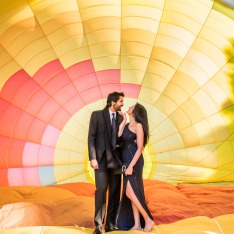 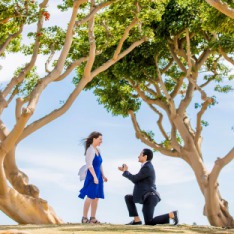 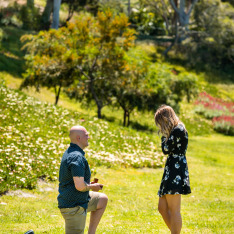 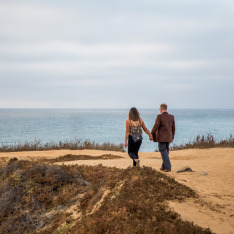 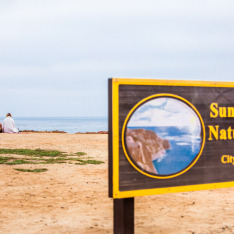 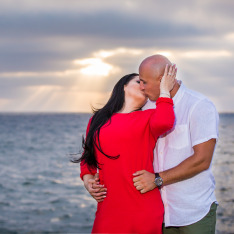 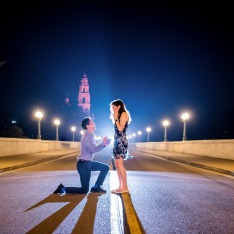 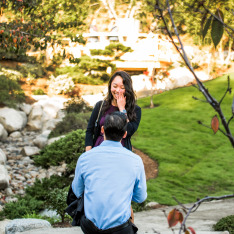 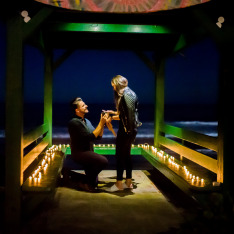 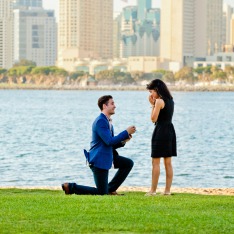 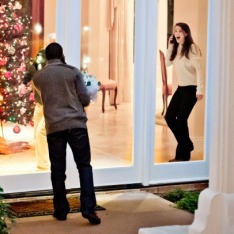 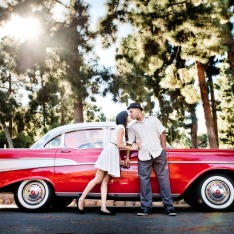 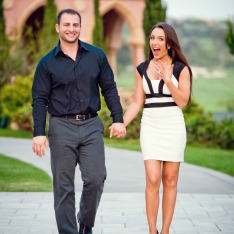