You have contacted Dawn Mitschele Music!

Best known for her angelic vocals and smooth acoustic style, singer/songwriter Dawn Mitschele (pronounced MITCH-eh-LEE) is rising out of the Southern California music scene, drawing a wide range of fans across the US and Europe.

Originally from New Jersey, Dawn spent her childhood singing in musicals, acting and performing for friends and family whenever she could ~ often putting on performances on a makeshift stage in their basement. At age 11, her life underwent some serious changes, and effected by the events, she slowly began locking away her passion for performing.

At age 16, Dawn's brother Daniel taught her how to play guitar by teaching her some of her favorite cover songs. When she went off to college in New York City, she finally bought herself her own guitar ~ a Washburn purchased at Manny's Music on 48th St.

Always a singer at heart and a successful writer in school, she combined the two with her guitar skills and wrote her first song ~ a gift for her sister's birthday. She continued writing songs after that, but kept them mostly to herself.

Upon her return from studying abroad in Spain, where an Ani DiFranco concert in the small town of Salamanca had inspired her, Dawn finally began playing out in NYC with another female singer/songwriter as an acoustic duo called, "Andalucia."

After several mentions that their sound might be well received out West, Dawn felt a call to leave the city. She soon relocated to San Diego by herself, armed with her first solo demo she'd made with a producer in NYC just before she left. Once there however, music took a back seat as she put her focus on getting settled in to her West Coast life.

Then, a year later Dawn took off on a spontaneous adventure to live in Paris, France for a year, where she started writing more and more songs, but still had yet to perform out solo.

It was when Dawn returned to San Diego from Paris that she really began to pursue her musical path. Experiencing culture shock upon her return, she found comfort in her songs. All she wanted to do was write and sing. Then finally, she played her first solo open mic at The Twigg's Green Room in San Diego, and was immediately recognized for her honest voice and thoughtful lyrics.

Soon after that, she became a part of that burgeoning scene in San Diego that produced Jewel and Jason Mraz, the latter becoming a good friend who encouraged her to keep writing and performing. In fact, it is Jason's first Taylor guitar that she plays, as he sold it to her with instructions to eventually sell it to another up-and-coming artist when she felt it was time.

"Town of Trees EP," her first record, was released in 2007 and won her a Best Acoustic Arist Award at the San Diego HAT Awards (Honoring Acoustic Talent).

Her full-length album, "In the Moonlight" (released 2009), continues to receive much attention, and has helped to land her opening spots for artists like Meiko, Edwin McCain and Donavon Frankenreiter. The album also produced successful placements on NBC's "Love Bites" and "Justified" on FX, among other cable programs, as well as in Josh Radnor's feature film, "Liberal Arts."

In 2010, she co-wrote 5 songs for Might Generation Music with LA Producer, Gregg Lehrman. They can be found on iTunes as a digital EP called "The Lehrman Sessions."

Her new five-song EP, "Love Remains" (April 2012 release) has already received airplay on Santa Monica's KCRW as well as hometown stations KPRI and 91X, and the song "Lamplighter" was picked up by the nationally syndicated radio show, "Acoustic Cafe."

She will follow up her most recent tour of the East Coast with another European tour, and then fall will find her back on the East Coast and up in the Northwest, where she continues to engage new fans.

Dawn loves to give back to the communities she's a part of, and she's written a few inspired songs for her favorite causes: "All of Your Days" for The Matthew Wadleigh Love Foundation, "Good Morning" for Life Rolls On Foundation, and "Thanks Giving" for the Feeding the Soul Foundation.

She has also taken an interest in organizing fundraising events with a small team under the name "Love Nation Project," with her first one at Seabreeze Organic farm in 2011. That day, she and Jason Mraz performed a powerful version of The Beatles' "Across the Universe" that has been enjoyed by many on Youtube.

Dawn continues to give performances around the country for causes she believes in, including the latest show to support Climate Solutions' Power Past Coal campaign, at the Triple Door in Seattle.

She also enjoys keeping in touch with her fans through her popular monthly "LoVE Letter" emails, which frequently include a new tune, some recent experiences and words of inspiration for her growing extended family of friends and fans.

Above all, Dawn believes in the power of music, as it has helped her overcome so much. Her greatest reward is connecting with or reaching someone's heart through song, and her journey toward personal freedom is something she hopes will continue to inspire others. 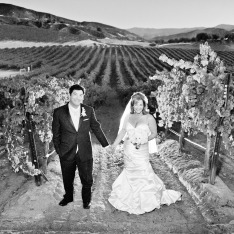