You have contacted DJ Tony!

Tony was born in Detroit, Michigan and moved to San Diego in 1989. In 1992 he played percussion with a band in San Diego, California called Babylon Band. They taught Tony the basics about equipment set-up and inspired his interest in Middle Eastern music.

In December 1992, with his acquired experience in music and performance skills, he ventured off on his own to begin his new role as DJ. His first “real” event was a party for approximately 150 guests. By the end of that first night he was astounded by an overwhelming number of compliments from the guests, commenting on what a great performance he had headed. Tony had found his "niche". From that point on, and to this date, he is supported by his family and their friends, who continuously recommend him at all their special occasions.

Tony and his wife, Rawaa, were married 1998 and joyfully greeted their first child, Nicholas, in 1999. They were blessed again in 2003 after giving birth to their second beautiful baby boy, Christopher Shamoun.

Since his first DJ gig in 1992 his career has been steadily on the rise and currently DJ Tony is rated the best Middle Eastern DJ in San Diego. He has had the privilege of performing in other cities and states as well, such as Las Vegas, NV, San Francisco, CA, Arizona, Washington DC and Tulsa, Oklahoma. DJ Tony was really excited when he performed at a Wedding in Vancouver Canada in 2012 where the guests were amazed on his performance from start to end. 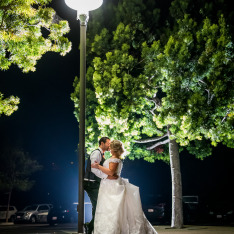 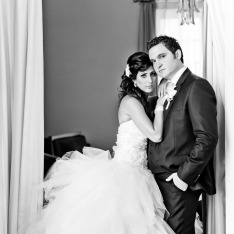