Her Lastest Album, “In Love With Someone” Nominated Best Jazz Album 2016.

If you haven’t been lucky enough to catch her performing around San Diego, you’ve probably still heard her sing and not even know it! A popular national 2011 television commercial, “Where did we Park?” for the auto maker Subaru featured her singing her song, “I Love you, I Do”.

Re-creating the magic of timeless cinematic moments is the forté of Erika Davies. Imagine the dim lighting of a charming nightclub where the beautiful female singer steps into the spotlight and a hush falls over the audience, entranced by her dramatic, glamorous style and evocative voice. Her ballad expresses the pain of love lost; her upbeat songs, the joy of love obtained or unrequited.

A former staple at live shows by Gregory Page, San Diego’s premier Tin Pan Alley-influenced troubadour, Davies has been performing locally as a solo artist under the honorific, Miss Erika Davies, for more than 10 years.

She doesn’t mind being perceived as an artist who revives older styles. She is deeply fond of evoking nostalgia and she does so while keeping the old, refreshingly new. 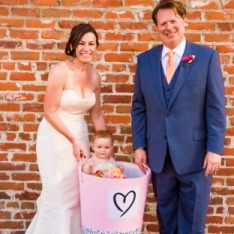