You have contacted Gourmet Italia!

Alessandro "Alex" was born in Piazza Armerina, Sicily, Italy. After Alex graduated from high school, he and his father opened a family restaurant in their home town. Alex managed Lo Sporone and also managed a pizzeria as well as an equestrian center. In 1997 he decided to leave Italy for California. Like many other Europeans, Alex had a dream to make it in America; the land of opportunity.

Coming to California, and not speaking a word of English, he started his first job mopping floors and busing tables at a restaurant in Newport Beach. Though appreciative of the opportunity he had been given, it wasn't enough for a man that the word "driven" only begins to describe. He was determined to learn the English language so that he may aspire to one day own a restaurant of his own.

In 4 short years, Alex accomplished his dream of opening a restaurant in America. Gourmet Italia was opened in October of 2000 and Temecula was introduced to several of Alex's family recipes as well as an arrangement of other well known Italian dishes. The news of Gourmet Italia's incredible food, attentive service, charming, passionate and always singing owner spread fast and the success of the restaurant was more than Alex ever expected.

Today, Alex has successfully opened Gourmet Italia and Spuntino Pizzeria / Delicatessen, The Bar Next Door, Poggio Leano Wine Club and a recent addition The Wine Room & Lounge in Temecula, CA. He lives this American dream with his wife Charity, and their 3 children; Mirella, Luca and Logan. 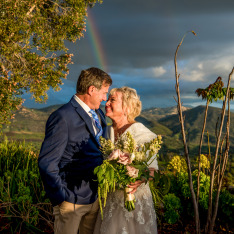