You have contacted Javier Colon!

Blessed with a stunningly soulful voice, uncanny writing ability, and a commanding stage presence, International recording artist Javier Colon has created his own unique style of music that can be described as an eclectic blend of R&B, Folk, Soul, Rock and Country.

A musical prodigy in his formative years, Javier's musical gifts took him to the University of Hartford's Hartt School of Music, where he founded an R&B based acappella quintet that performed at Harlem's legendary Apollo Theater. Javier graduated from Hartt with a degree in Music Education, and soon afterwards he started on his path as a world-class performer as the lead singer for a neo-funk group (called EmCQ) dedicated to the legacy of Stevie Wonder, Bill Withers, Maceo Parker and Tower of Power among others. "Being in that band really helped me grow vocally. I had never actually fronted a band or done anything like that before. I found another gear that I could kick into that I didn't know I had," he says.

When that band opened for neo-funk luminaries Soulive, Javier's performance drew the attention of Soulive guitarist Eric Krasno, who recommended Javier to be the lead singer for jam-band heroes the Derek Trucks Band, led by Allman Brothers guitarist Derek Trucks. Javier spent almost 2 years touring with Trucks, exploring onstage everything from rock and soul to blues, jazz and beyond.

But while he found the experience illuminating, ultimately Javier had to go it alone. A subsequent three-song solo demo started a bidding war, landing him with Capitol Records. After releasing 2 successful full-length albums with Capitol, Javier made the bold decision to cast off the "Urban R&B" mold created for him by the label and pursue a career playing music derived directly from his heart and soul.

Javier is now currently touring the world with a whole new sound, and has performed with the likes of Joss Stone, Darius Rucker, The Indigo Girls, Chaka Khan, Anthony Hamilton, and many more. He's blazing his own new trail through the landscape of contemporary music with every melodious note and harmonies guitar strum. His highly anticipated 3rd album, "The Truth-Acoustic EP" was released this past month and is available on iTunes, CDbaby.com, Amazon.com, and most other online digital retailers. 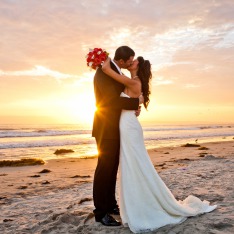