You have contacted Jensine Nolan/Mary Karo!

Mary Karo, violinist and leader, started playing the violin in the fourth grade. Her ability on the violin led to a music major at San Diego State University where she soon became concert-mistress of the orchestra. At that time she studied with Gilbert Back, former member of the Berlin and Los Angeles Philharmonic Orchestras. She also coached with Raphael Druian, concertmaster for George Szell and the Cleveland Symphony and with the great cellist, Edgar Lustgarten.

At age 19 Mary became a contracted member of the San Diego Symphony Orchestra and played with the San Diego Opera and California Ballet Orchestras. She created The Festival String Trio with Doug Mounger, the late principal violist with the San Diego Symphony and cellist Mary Lindblom, a former Bernard Greenhouse (Beaux Arts Trio) student. Mary also began hiring and leading string sections for various recording companies in San Diego. From 1985 to 1989 she contracted and performed as Concertmaster for the San Diego Civic Light Opera and contracted and led the orchestra as concertmaster for the Lyric Opera San Diego for approximately 24 years. She has appeared as string leader and contractor for artists including Andy Williams, Bob Hope, Jimmy Paige and Robert Plant (formerly Led Zeppelin), Ann Jillian, Joel Grey, Dionne Warwick, Smokey Robinson, Johnny Mathis, Burt Bacharach and many others.

As a board member and secretary of the National City Historical Society. Mary created and produced the "Granger Series," a program of chamber music, jazz, and silent movie events; she performed on the series with her string trio, string quartet and baroque trio. Community activities included being a founding member of Save Our Balboa and cofounder of the Balboa Theatre Foundation. Both organizations were instrumental in saving the historic Balboa Theatre in downtown San Diego. For her efforts, she was given a "Star Award" by the San Diego Performing Arts League. She is a founding member and served as secretary of the newly formed "All About Music San Diego", youth orchestras and ensembles. 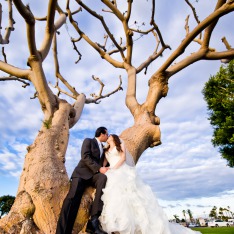