You have contacted Joni Llamedo!

Joni Llamedo was born and raised in Honolulu, Hawai’i. Her father, Aniceto, is a singer from the Philippines, while her mother, Mary Ann, is a pianist and guitarist. With such musical parents, music played a huge role in her family life. Being the youngest of three girls, Joni always looked up to her sisters, Annie and Mandy, whether it was in academics or sports. However, she especially looked up to them when it came to music. Luckily she did, for it pushed her heart in the right direction toward her soon-to-be discovered passion.

Joni’s musical journey began in church. She sang in the choir of which her mother was the choir director. Around middle school, Joni and her sisters formed a band originally called “No Limitz”. In this band, they began writing and performing original songs. It was during Joni’s time in “No Limitz” that she picked up the guitar.

Having played many different instruments, Joni could feel that the guitar represented something more. Music was no longer just music. It became art. It became an outlet. It became a new voice. This was when she began to write her own songs.

With the help of friends, who are also fellow musicians, Joni began to play at numerous venues around Hawai’i. This of course led to meeting new people and other musicians who would fuel her drive to perform. Many of her songs are about life, love, and other experiences. With the influences of Eric Clapton, Sara Bareilles, Ella Fitzgerald she continues to develop her sound and style.

Feeling the need to experience more, she decided to move to California to take a step further in her musical journey. With the unfailing love and support of her family in California and Hawai’i, she continues to take steps closer to something bigger. Her love for music continues to grow and is thankful that there is still so much to learn.

“One of my favorite moments was when I was playing for my classmates in college. When I sang one of the first songs I had ever written, my friend said, “This is my song. This is my story!” and it meant so much to me because I related to her own life,” Joni said. She continues, “Many musicians don’t need fame or want more money than they know what to do with. They just want to be heard. Music helps us to relate to one another. For many artists, that feeling is good enough. We do it for the love. That’s what makes it a passion. I may not know exactly where I’ll be in 5 or 10 years, but I do know that right now I’m on my way to something bigger than I can imagine. In the mean time, I’m enjoying working my socks off to get there.” 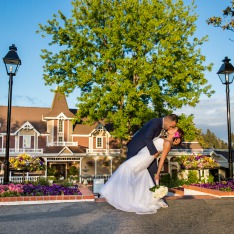