You have contacted Nathan Welden!

Nathan Welden is a commended singer/songwriter. While he definitely has his own tone and technique, others have said that his voice is as smooth and warm as James Taylor’s, and his songwriting is as rich and emotional as Jim Croce’s. It is exceptionally rare to hear a voice that encompasses such a great deal of honesty and truth. Welden has been nominated for vocalist of the year by the California Country Music Awards (C.C.M.A) and the San Diego Honoring Acoustic Talent (H.A.T.) Awards. In 2006 he released his first full-length CD entitled One Step Closer to You, which was nominated for album of the year with the San Diego H.A.T. Awards. His much-anticipated second album entitled Live Your Song was released in March, 2009. Live Your Song represents a beautiful collection of eight originals and two local covers in pure acoustic arrangements. Nathan Welden was the Acoustic Pie Radio Artist of the Month, with two songs in top 20 during month of August, 2009. His music is regularly featured on San Diego's KPRI 102.1.

Nathan Welden is a world adventurer, tennis pro, surfer, avid cyclist, and a highly acclaimed singer/songwriter. In recent years he has cycled along the entire west coast of North America. He has journeyed through Western Canada, Fiji, New Zealand, Australia, Patagonia, Chile, Peru, Argentina, the Yucatan in Mexico, Belize, the Swiss Alps, Thailand, Nepal and Ecuador. He recently climbed Mt. Kilimanjaro in Tanzania, Africa. Welden finds inspiration in exploring and acquiring knowledge of other cultures.

While at home in San Diego, Welden spends his days teaching tennis, surfing along the Southern California coastline, cycling in the local mountains, and playing music.

Nathan Welden is one of the most inspiring people around. His onstage charm, under the limelight, is the same offstage. Journeying through each day with intent, he lives his life fully, getting the most out of every breath. 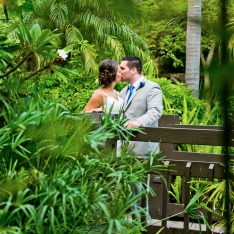