Based out of Los Angeles, NIEMAN aims to bring content with depth and substance back to a genre that is saturated with the same themes and messages. Known for "exhibiting uniqueness in approach, confidence in sound and a pure perspective on music," according to Jadamix.fm, NIEMAN believes in staying true to the genre, but continually elevating and pushing the envelope sonically.

Within the past year and a half, the 24-year-old artist has had his work featured in magazine publications, such as, "The Windmill," "O.C. Weekly," and "Orange Coast Magazine." In September of 2016, he released a collaboration E.P., "Lost in Translation," with his cousin, Moira Dela Torre, the rapidly growing singer-songwriter from the Philippines. Their single "Planes" has made over 3 million plays and continues to climb. In April of 2017, his single, "Why Do I Still?", from his second E.P., "Palette," peaked at #8 on the Spotify U.S. Viral 50 Charts. 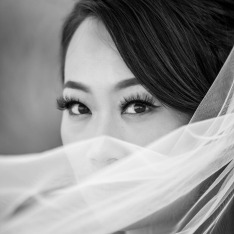