Rabbi Noah Zvi Farkas was ordained at the Jewish Theological Seminary of America in 2008 where he won numerous academic prizes in the areas of Jewish Philosophy and Talmud. He is a faculty member of the Florence Melton Graduate Studies Program and is a guest lecturer at the American Jewish University.

Noah is actively building the spiritual life of Valley Beth Shalom through by leading the Chesed Pillar. His work in the Caring Connection and Chesed Connection connect VBS community members to each other through wellness programs and hospital visitation, as well as to the larger community through social action projects. In addition, Noah foundedVBSnextGen, the newest addition to the VBS community, creating a home for engaged and married Jewish couples in their 20’s and 30’s.

During his time in rabbinical school Noah co-founded the Seminary Leadership Project, a fellowship program that teaches Jewish clergy the art of communal organizing, housed at JOIN for Justice.

Before coming to VBS, Noah served as the Student Rabbi at Congregation Beth Israel in Biloxi, Mississippi where he helped rebuild the Gulf Coast Jewish community after Hurricane Katrina.

In addition to his work at VBS, Noah founded Netiya, the faith-based network that advances urban agriculture in our synagogues, schools, and non-profit organizations in Los Angeles. Netiya converts unused land at our institutions to grow nutritious food, and organize community to seed a more just and resilient food system.

Noah speaks nationally about issues of social justice, generational engagement, and Jewish thought. He has appeared on NPR, and writes a monthly column, Turning the Tables for the Jewish Daily Forward. Noah published several articles on Jewish Philosophy and Jewish communal life. His most book is The Social Action Manual: Six Steps to Repairing the World (Behrman House). Noah lives with his wife Sarah in Sherman Oaks along with his three children, Meira Shaya, and Asher. Noah's number one passion after spending time with his family is thinking up creative ice cream flavors. 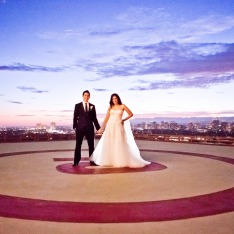