More about The Clay Colton Band

About The Clay Colton Band

During Colton's 5 years of college, he was constantly battling the question: "What do I want to be when I grow up?" Well, when his schooling paid off and he finally received his Associates, the answer pounced upon him - "I want to waste my life away in sad, lonely bars and have the drunk people of the Earth yell "Freebird" at me all night long, yeah!" Then the fateful night came. A tall Irishman stumbled to the stage and muttered "I own an Irish Pub. You must play your music at it." He didn't mention I would be cornered by the Green and forced to butcher Irish tunes before the masses, but alas - It happened. I stole the Hobbit from the tall Irishman's band and the CCB was formed. Thanks Giblin.

Some of Colton's oddest musical accomplishments include singing back up for Barry Manilow at a concert in Kentucky - yes Barry wanted young Clay, no he didn't put out. Played drums for Governor Clinton at a rally in Kentucky, then sang in a choir at his inauguration. So that's an audience of 5000 crying women (Manilow) and 2 million patriots, plus 50 million TV viewers. Since then - uh, well. He can now drink at his shows!! Yes, his career is a constant upward spiral!

Colton's voice is a cross of a young Kenny Rogers, Gordon Lightfoot, Neil Diamond, and Eddie Vedder, which has been trained for 8 years singing 5 nights a week for 4 hours a night without a scratch, well maybe some dings. Colton spent time in every region of the U.S. in his travels. Finally making it out to the west coast, Colton has found his home in Vista, CA. 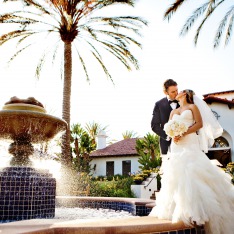