Singer/songwriter Tini Grey is a soulful balladeer, who transcends his listeners to a whole new level. With his commanding presence and smooth vocals, he somehow manages to consistently deliver. Through his music, people of all walks of life are moved in powerful ways. After just a few notes they either dream of falling in love, relive a past heartbreak or loss, or begin to yearn for true love.

Grey, in his 30s, now feels a profound desire to express his cumulative life experience through original material. His new album "Better Place" will mark his debut as a solo artist. He has finally found his comfort zone, where family, music and the accumulation of knowledge have converged.

As a young Pacific Islander, Grey spent many years honing his musical skills in Hawaii playing and singing traditional and contemporary Island music. Tini’s father, Jerome Grey, a renowned musician from Samoa has been a major influence in his son’s life. As one of the members of the “Jerome Grey Trio” alongside his father and brother, Tini found his own voice within his family’s musical legacy, and soon emerged with a unique and original sound.

Tini reflects: “Discovering my own voice has not been easy. My father devoted so much time to music – it was tough for all of us, because it took away from our family life. He always tried to sway us away from the business. That’s why I studied architecture instead. Funny though, it wasn’t until I started singing for church and at parties, that I realized music was my calling."

From his early island influences, the crooner first became serious about performing while attending college in Southern California in the mid-‘90s. He has not put down his guitar since, finding inspiration in covering soul, folk and pop artists such as Stevie Wonder, Al Green, James Taylor, Bob Marley, John Mayer, Jack Johnson, and The Beatles. After graduating with a degree in Architecture, Grey returned to The Aloha State to work as a draftsman before deciding to pursue a music career full-time. His R&B group “Reign” performed live with the Honolulu Symphony, and opened for legends ranging from Henry Kapono to Lou Rawls.

Along the way, Tini Grey has made lifelong friends, has taken on Stroke Prevention and Assistance as a personal cause, and has performed across the US, learning about the richness and diversity of music. This hopeless romantic has come to the realization that love truly does conquer all. Grey's revelations and struggles are reflected in his new album, with tunes such as “Broken Arrows” (unrequited love) and “Is It Gonna Be You” (committing to a lover).

Grey’s smooth-like-butter voice resonates at every performance, stirring the soul. Couples groove together, exchange kisses, and get lost in the moment. They smile a little bigger, hug a little tighter, and hold hands a little longer. He speaks a universal language when writing of his journey toward maturity, transporting his audience to another place and time. Perhaps love, with all its mysteries and range of emotions, is not meant to be fully understood. Yet Tini Grey helps make listening about his take on life and love a pleasurable listening experience--one you’ll hope will never end. 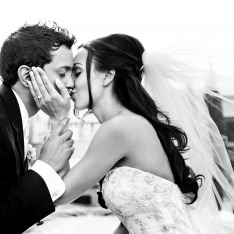 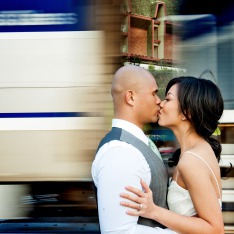