You have contacted Rabbi Arlene Bernstein!

Pastoral kindness is as near and dear to me as my music and the privilege of making a difference in people’s lives is my fervent desire as a rabbi. I gain fulfillment by enhancing the lives of children and adults through one-on-one listening, and careful guidance grounded in Jewish values.

I arrived at Beth Israel as the cantor in 1997 and am beginning my 19th year in the congregation. In 2011, I was ordained a rabbi and received a Master of Arts in Hebrew Letters. In 2004 I returned to the Hebrew Union College Jewish Institute of Religion’s Los Angeles campus, attending classes part time while continuing my full time responsibilities as Beth Israel’s cantor. I went to rabbinical school to enhance my education in Jewish texts, to further expand my opportunities to provide pastoral care, and to mentor those who desire to convert to Judaism. My thesis work for the rabbinate focused on the possibilities of Miqveh (ritual immersion) in the 21st Century in relation to Jewish identity, spirituality and community.
.
As rabbi and cantor at Beth Israel, I lead services, officiate at life-cycle events, and nurture the musical life of the congregation. I am particularly pleased that so many congregants at Beth Israel have shared their passion for Jewish music with me and with their fellow congregants. We have harnessed that passion in our popular youth and teen choirs, in our family service Tizmoret (orchestra), in the talented Chai Band who play at Friday evening services and other events, and in our meditative, all musical, Soul Food Shabbat service.

Among my many other joys as rabbi and cantor at Beth Israel are teaching preschool children Hebrew, prayer, song, and dance, preparing young people for bar and bat mitzvah, teaching and mentoring adult b’nai mitzvah students and conversion candidates, and teaching music, Hebrew, and Torah to religious school students, high school students, and adults.

Teaching is important to me, in part, because I was so inspired by my own teachers, as I studied for my Master’s Degree in Sacred Music at the New York campus of the Hebrew Union College – Jewish Institute of Religion, and while I lived in Jerusalem for two years while training for the cantorate. My cantorial thesis work and Master’s recital in 1993 focused on the composer Alberto Hemsi and the musical tradition of Sefardic Jewry.

I was also blessed to have wonderful teachers and mentors before I entered clerical life, when music was my career. I graduated from the New England Conservatory of Music with a Master’s in Performance and from the University of Maryland with a Bachelor’s of Science in Music Education. I became a professional bassoonist and taught bassoon and chamber music at the New England Conservatory Preparatory School and the All Newton Music School. I was a freelance musician in New England and Israel and I was fortunate to have the opportunity to give concerts in my home town of Washington D.C., in New York City, in Toronto and Jerusalem. One of the highlights of my career as a professional musician was to be a featured guest of the renowned Israeli musicologist, Dr. Edwin Seroussi at a lecture series given at Merkin Concert Hall in New York City. I was also privileged to be able to perform with the Kibbutz Chamber Orchestra of Israel, the Ra’anana Symphony, the Jerusalem Symphony Orchestra and the San Diego Symphony.

I am a member of the American Conference of Cantors, and I also belong to the Central Conference of American Rabbis. For many years, I served as the Jewish clergy for La Jolla’s Casa de Manana home for seniors.

I love foreign films, Hebrew language, and spending time at the ocean or surrounded by nature. I love all types of music, especially ethnic, classical and jazz and feel deeply that music is a universal language for all humanity. 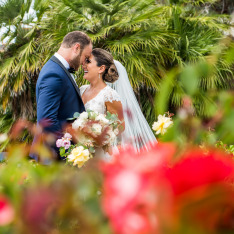 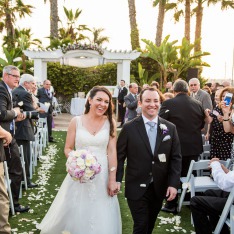